Tom Brady and Rob Gronkowski are on the same page in terms of retirement: They’ll know when it’s time.

This doesn’t mean they’ll ride off into the sunset together. Gronkowski already sat out a season in 2019 and is only under contract with the Buccaneers for the current NFL campaign, whereas Brady’s deal with Tampa Bay runs through 2022.

But the veteran tight end, like his quarterback, isn’t ready to say definitively when he’ll hang up his cleats. Instead, he’s taking a wait-and-see approach while enjoying his second season with the Bucs.

“I’m not sure,” Gronkowski told The Athletic’s Jeff Howe, in a piece published Tuesday, about how much longer he’ll play. “That’s why I just do one year at a time. Because I don’t really know with Tom, either. He’s got a one-year deal. It all goes on how I play, too. Say I had a two-year deal, if I didn’t play that well, I could be gone. That’s why I feel like at my age, it’s just great to do one-year deals. Because if I play well, they’re going to want me back anyways. If I’m not feeling it, well, then I’ve really got no commitment. Just taking it one year at a time I feel like is the best way for my career.”

Gronkowski, a second-round pick in the 2010 NFL Draft, played his first nine seasons with the New England Patriots, alongside Brady, before retiring in 2019. The five-time Pro Bowl selection decided to return to the gridiron in 2020, though, joining Brady in Tampa Bay upon requesting a trade to the Buccaneers from the Patriots.

Year 1 went well for the duo, as the Bucs won Super Bowl LV, pummeling the Kansas City Chiefs to secure the Lombardi Trophy. And Year 2 is off to a strong start, as well, with Tampa Bay winning two of its first three games thanks to strong performances from both Brady and Gronkowski.

Now, it’s entirely possible Brady, 44, outlasts Gronkowski, 32, despite being more than a decade older, as the latter plays a more physically demanding position and has withstood plenty of punishment over the years. But then again, you never know. Gronkowski looks rejuvenated, on and off the field.

“It was good to take that time off, but it was like, wow, I’ve still got some left. I can still play,” Gronkowski told Howe. “My energy is still there. My skills are still there. It feels good. Just take it one year at a time, though, because football is vicious. It’s violent. It takes a lot of energy. But I feel good. I have that spark. I have that jump still. It’s good to come out here and practice and enjoy it and be jumping around.”

Gronkowski suffered a rib injury in Tampa Bay’s Week 3 loss to the Los Angeles Rams, but all signs point toward the four-time First-Team All-Pro being ready Sunday night for the Buccaneers’ Week 4 matchup with his former team, the Patriots, at Gillette Stadium in Foxboro. 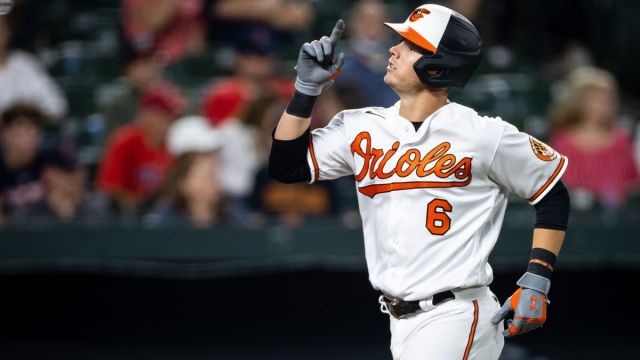