Zach Wilson did not have his best stuff Sunday afternoon at MetLife Stadium. Not even close.

New England’s defense made life miserable for Wilson in the Week 2 clash between the Patriots and the Jets. The rookie quarterback threw four interceptions — three in the first half — and was sacked four times as Gang Green lost their home opener, 25-6.

A performance that poor can stick with a quarterback, especially one who’s still in his developmental stage. But New York head coach Robert Saleh hopes his first-year signal-caller can have a short-term memory and move on.

“Just to believe in himself and shake this one-off,” Saleh said when asked what he told Wilson after the game, per a team-provided transcript. “I promised him that it would not be the hardest game he’s ever played. He just has to pick himself up and get ready for the next one.”

The next one won’t be easy for Wilson and Co. The Jets in Week 3 will visit Denver for a battle with the Broncos, who are off to a 2-0 start to the season. 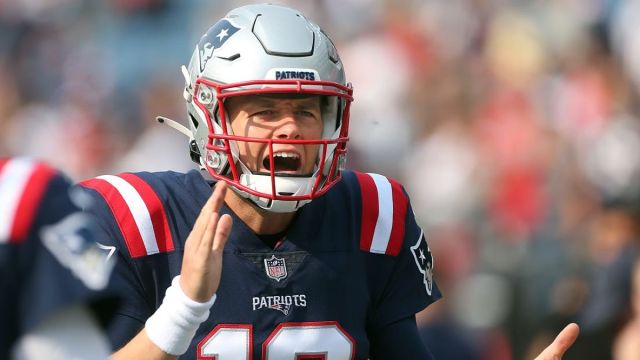