Mac Jones’ white New England Patriots jersey was speckled with dots of red as he led the first game-winning drive of his young NFL career.

During the seven-minute march that preceded Nick Folk’s go-ahead 21-yard field goal, Jones took a shot to the face that opened a gash on his chin, spilling blood onto his uniform. The rookie quarterback downplayed the collision after New England’s 25-22 win over the Houston Texans, calling it a simple scratch.

“Yeah, I’m good,” Jones told reporters in his postgame news conference. “I just got bumped and it just was bleeding. It’s part of the game. Nothing hurts, so I feel great.”

With Jones at the controls, the Patriots erased a 13-point second-half deficit to take down the Texans, scoring points on each of their final four possessions. Jones’ performance was not flawless — he threw one interception and had a few other errant throws that could have been picked — but he again was accurate and efficient, completing 23 of 30 passes for 231 yards and a touchdown in the come-from-behind victory.

Jones’ 13-yard touchdown pass to tight end Hunter Henry tied the game at 22-22 with 9:31 remaining in the fourth quarter.

After the game, center David Andrews called Jones “a tough son of a gun,” and head coach Bill Belichick praised his resilience.

“Mac’s been good for us all year in terms of his leadership, his resilience and always counting on him to do the right thing,” Belichick told reporters. “And he really does it at a high level, so it’s been impressive.”

Jones has completed more than 73 percent of his passes in four of his first five NFL starts. Sunday’s win snapped a two-game losing streak for the Patriots, who host Dak Prescott and the Dallas Cowboys next week. 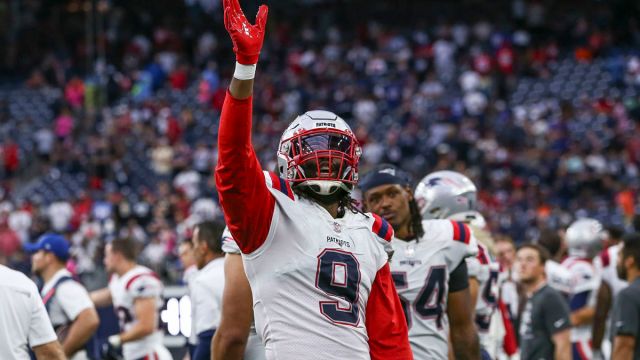 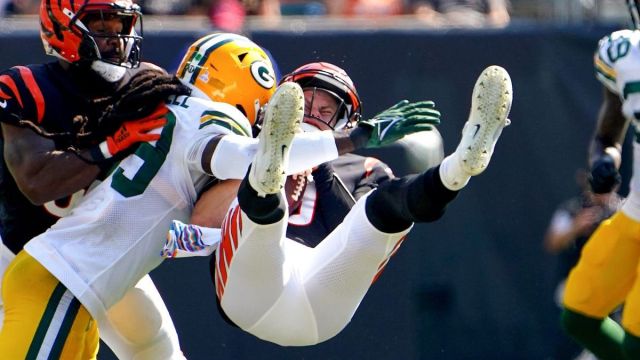