The Boston Bruins are doing some good things on the ice, but it’s not always showing up in the scoresheet.

Boston concluded its quick two-game road trip with a disappointing 3-0 loss to the undefeated Carolina Hurricanes on Thursday night. The Bruins return to Boston after dropping each of their two games on the trip, including a 4-1 defeat to the Florida Panthers on Wednesday night.

The Bruins squared up with each of the Eastern Conference’s final two perfect teams on consecutive days and although they didn’t earn a point, they did show good fight and competed well. They just weren’t able to find the back of the net like they typically do.

Bruins head coach Bruce Cassidy saw some things he liked with the team’s play against the Hurricanes, but after two straight games with a sluggish offensive attack he did have some questions.

“When you look back at these games you like our compete, our physicality. I think we kept coming against a good team, a rested team,” Cassidy said via team-provided audio. “A little different luck around the net I think it’s a different outcome personally, but that’s a couple games in a row we haven’t been able to generate much so obviously you’ve got to look at that. See, is it tough luck or are we just not doing things well enough?”

Cassidy dug deeper into the offense and gave his take on something that could help the goal-scoring issue from the trip.

“Right now it’s not going in for a couple of guys. You have other guys like (David Pastrnak) that’s had a few odd-man rushes where nothing’s happening. He needs to bear down on those very simply. If we expect to win close games, one we’re not scoring,” Cassidy said. “If we’re scoring lots and it doesn’t happen that’s fine, but lately there’s a couple two-on-ones where he’s got to understand he’s a goal-scorer in this league, a proven goal-scorer and that’s the mentality we need from him a little more.”

All in all, a day off and trip home should be good for Boston as they look to ignite the offense.

Here are some other notes from Bruins-Hurricanes:

— The typically robust Bruins power play went scoreless for the second straight game in Thursday’s loss to the Hurricanes.

Boston’s power play is 0-for-7 over its last two games, and left winger Brad Marchand broke down what he’s seeing out there from the unit after the game via team-provided audio.

“We’ve always been a power play that we thrive when we win battles, get pucks back, get to the net and win another battle, then the (penalty kill) gets tired then we capitalize. We’ve got to get back to doing that…It’s just how it goes. Sometimes you get the bounces, sometimes you don’t.

— Jakub Zboril was a late addition to the lineup and made his season debut Thursday, and Cassidy liked what he saw.

“He’s in the lineup tonight not because someone is hurt,” Cassidy said. “That was the message to him. There’s an opportunity to grab a spot so get your game up to speed as you go along and I thought he did get better as the game went on. “

— The Bruins return to action Saturday as they take on the Panthers for the second time already on the young season. All of the action can be found on NESN beginning at 6 p.m. ET. 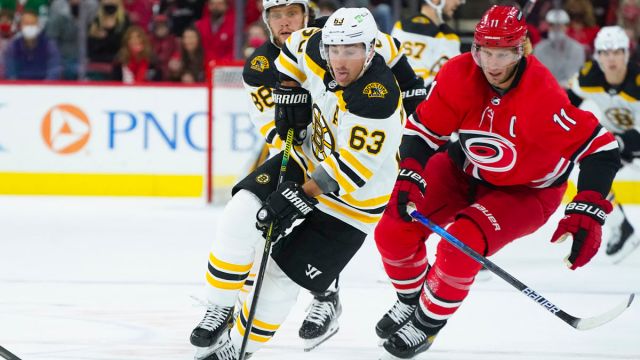 Is Bruce Cassidy Concerned About Lack Of Production From Bruins’ Top Line? 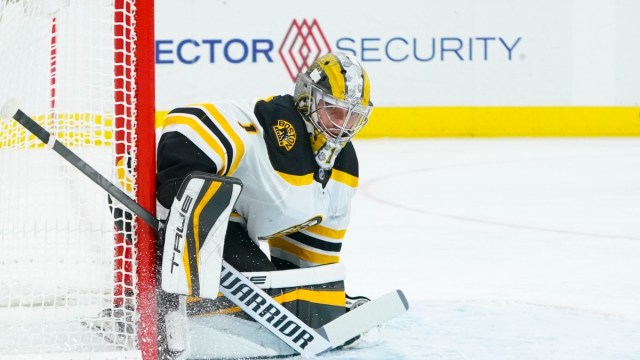 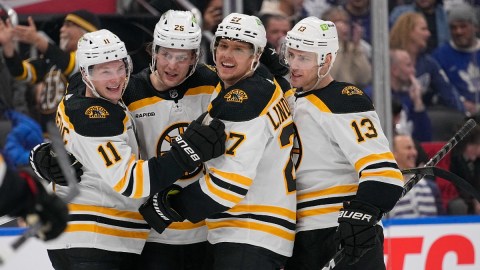