Given the other factors impacting his current situation, it’s easy to forget Deshaun Watson still holds many cards as it relates to his NFL future.

Watson all but surely is never going to take another snap for the Texans. It’s become a matter of when — not if — Houston will move the superstar quarterback. And recent reports indicate a blockbuster trade could come some time before the Nov. 2 deadline.

The question now shifts to where will Watson be dealt? While plenty of teams have been attached to the 26-year-old in rumors over the past few months, the list of realistic landing spots might be very thin. In fact, Watson reportedly only has approved one potential destination thus far.

According to the Houston Chronicle’s John McClain, the Miami Dolphins are the lone team that’s been given the green light from Watson. The three-time Pro Bowl selection reportedly rejected the Philadelphia Eagles, who many thought had a very good chance of making a strong run at Watson given their wealth of assets.

The Dolphins certainly would make sense as a trade partner for the Texans. Miami can put together a more appealing package than most teams across the league. It also wouldn’t be shocking if the Fins are gradually losing more and more faith in Tua Tagovailoa, which theoretically should boost Miami’s desire to acquire Watson.

Risk obviously comes with trading Watson, as a resolution to his ongoing legal issues doesn’t appear to be imminent. But desperate times call for desperate measures, and the Fins might find the opportunity too good to pass up. 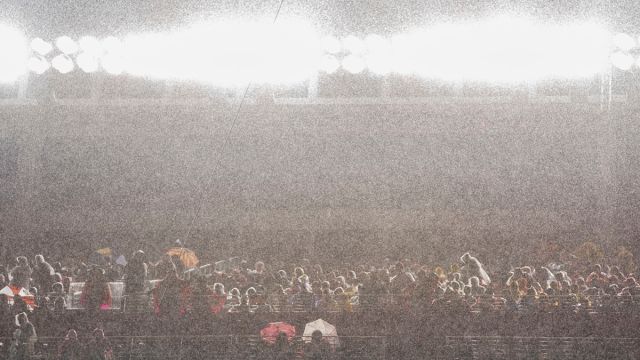