Does Chaim Bloom Think Kyle Schwarber 'Lived Up To The Hype?' Skip to content

At the trade deadline, many questioned the Red Sox’s decision to add Kyle Schwarber. But as Boston has rallied all the way to the postseason, the outfielder-turned-designated-hitter-turned-first-baseman has certainly been a large part of that.

Chief baseball officer Chaim Bloom thinks so, too. Speaking to Jason Mastrodonato of The Boston Herald, he opened up about the impact Schwarber has had both on and off the field.

“Yeah, his at-bats, especially when you see him every day, are really something,” Bloom told Mastrodonato. “And I think it’s had an effect on the whole lineup. Just watching how he manages that at-bat and beyond that, the person he is, who he is in the clubhouse. We knew that by reputation, but to live it, to see him come in and have such a positive impact on the other guys, even before he was active. He lived up to the hype.”

Schwarber has had quite the season since joining the Red Sox from the Washington Nationals at the trade deadline. Through 41 games (not counting Tuesday’s Wild Card showdown), he is hitting a career-high .291.

The 28-year-old will be a free agent this offseason, and while Bloom told The Herald he wanted to focus on the postseason before discussing any potential transactions, he did end on a positive note, saying Schwarber “fits perfectly” in Boston.

All of this was before Schwarber went yard against Gerrit Cole to give the Red Sox a 3-0 lead in the Wild Card Game, so you have to think that only furthered his positive opinion. 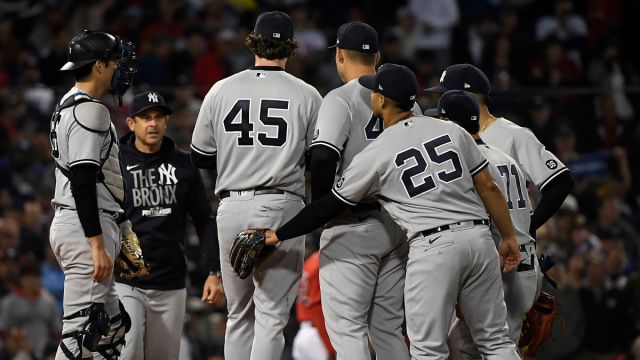 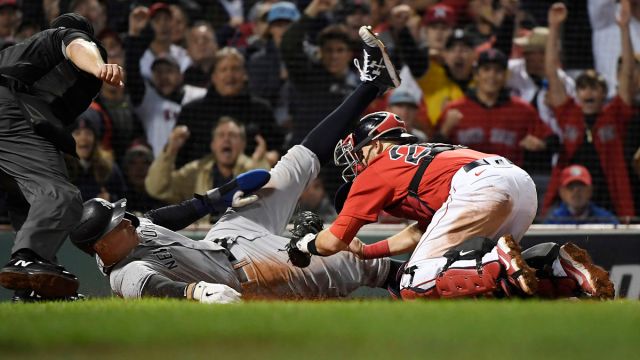