The 2021-22 NHL season is upon us, and there are a slew of players we should be keeping our eye on.

While some on our list are proven veterans, there still is a fair share of young players, all of whom are coming off a shortened 2020-21 season due to COVID-19. Regardless, there are many storylines surrounding some teams and their rosters — whether it be due to injury or if they can continue their momentum as they get older.

Here are 11 players to watch for this season.

Jack Eichel, Buffalo Sabres
There’s a lot of controversy surrounding Eichel and the Sabres. Buffalo and the star forward reportedly are at odds over how to handle Eichel’s neck injury. He failed his physical in September and was stripped of his captaincy after a summer that was filled with trade rumors. The latest update came Wednesday morning, when TSN’s Darren Dreger revealed Eichel’s “medical file has helped teams with trade interest clearly see his situation,” and that both the Sabres and Eichel are hopeful for a resolution in the near future. Whether Eichel plays this season remains to be seen, but his saga alone is worth keeping an eye on.

Jake DeBrusk, Boston Bruins
DeBrusk had a rough go of it for the Bruins last season and found himself a healthy scratch in the Stanley Cup playoffs against the New York Islanders. But the winger is ready to make an impact for Boston and has impressed during the preseason. If DeBrusk can reach his potential and become the player many believe him to be, then the Bruins will boast a very dangerous third line.

Connor McDavid, Edmonton Oilers
McDavid has hit 100-plus points in four separate NHL seasons, including a shortened 2020 due to COVID-19 when he amassed 105 points in just 56 games. We’ll see if he can beat his career-high 116 as he continues to be a force for the Oilers each and every season.

Cole Caufield, Montreal Canadiens
Caufield appeared in more Stanley Cup playoff games for Montreal last year than regular season ones, and will get his first taste of a full schedule. The Canadiens did add some depth this summer, but Caufield figures to have a top-six rule as he looks to build on an impressive end to the 2020-21 campaign.

Alex Ovechkin, Washington Capitals
Ovechkin had an off year with 24 goals and 18 assists last season for the Capitals, but it’s probably fair to believe he’ll bounce back given the success he’s had of late despite getting older. He also just signed a five-year deal to remain in Washington, and is chasing Wayne Gretzky’s goal record. He’s just 164 behind The Great One and very well could get there by the end of his new contract should he bounce back and get on track this season.

Spencer Knight, Florida Panthers
Knight likely will compete for the No. 1 spotin net for the Panthers despite having Sergei Bobrovsky on the roster, as well. The Boston College product got a taste of Stanley Cup playoff action and has a strong Florida team in front of him that very well could make him one of the NHL’s top rookie goalies this year.

Alexis Lafrenière, New York Rangers
There was so much hype around the 2020 NHL Draft’s first overall pick, but he disappointed with just 12 goals and nine assists. You certainly can’t call someone a bust after just one (shortened) season, so it will be interesting to watch Lafrenière in a full season.

Andrei Vasilevskiy, Tampa Bay Lightning
The goalie helped lead the Lightning to back-to-back Stanley Cups, which is an incredibly impressive feat. Vasilevskiy continues to be an elite goaltender and many fans will have their eyes on him to see if the dreaded Stanley Cup hangover finally will hit him and Tampa Bay or if a three-peat is realistic.

Jeremy Swayman, Boston Bruins
To say Swayman impressed last season would be an understatement. The rookie goalie put together an impressive 10 games that drew rave reviews from his head coach, general manager and teammates. Swayman has looked strong throughout training camp and the preseason, and figures to play a pivotal role for Boston between the pipes. If he can continue to build off a successful, but brief, campaign last year and continue to remain poised in the big moments, he might spell bad news for opponents.

Linus Ullmark, Boston Bruins
We realize this is a bit Bruins heavy, but it’s warranted. Ullmark signed a four-year deal with the Bruins in the offseason to platoon responsibilities with Swayman. Tuukka Rask’s future is up in the air after undergoing hip surgery (although he has made it quite clear he only wants to play for the Bruins). Ullmark spent the first six seasons of his NHL career with the lowly Sabres and impressively amassed a winning record. While we don’t know just who will be starer when Boston opens its regular season Oct. 16 against the Dallas Stars, it will be interesting to see how Ullmark transitions to a team that has a winning mentality.

Alex Newhook, Colorado Avalanche
Colorado already is stacked and a Stanley Cup favorite, and adding someone like Newhook will better its chances. But the Avs do need to replace Brandon Saad and Joonas Donskoi, so Newhook should make an impact pretty quickly.

For even more Bruins, tune into “Bruins: Back To Work” Thursday on NESN at 5:30 p.m. ET. For the latest updates, view the NESN TV schedule here. 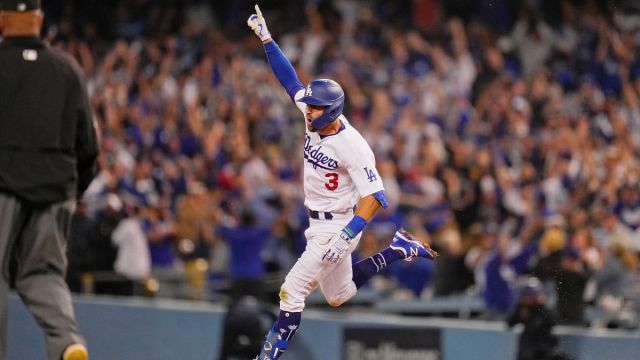 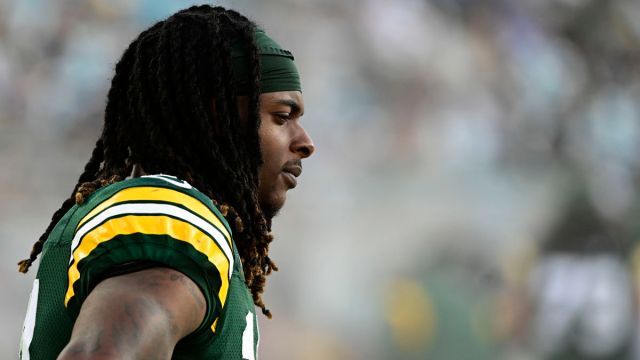