The New York Yankees got the best of the Boston Red Sox and nearly crushed their playoff hopes the last time the teams locked horns at Fenway Park.

Now, Boston has an opportunity to exact revenge, as the Red Sox will host the Yankees on Tuesday night in the 2021 American League Wild Card Game, a winner-take-all showdown for the right to face the Tampa Bay Rays in the AL Division Series.

The Yankees delivered a haymaker in the form of a three-game sweep in Boston on Sept. 24-26. The Red Sox felt the residual effects in their ensuing series in Baltimore, dropping two of three to the woeful Orioles, but they bounced back this past weekend in Washington, rattling off three straight wins over the punchless Nationals to secure their spot in the Major League Baseball postseason.

The Red Sox and Yankees finished with identical records (92-70) during the regular season, eight games behind the Rays (100-62) in the AL East, but Boston earned the AL’s top wild-card spot and the opportunity to host Tuesday’s clash by virtue of its head-to-head record (10-9) against New York.

The Yankees’ three recent victories over the Red Sox came amid a seven-game winning streak for the Bronx Bombers. New York dropped three of its final five games, though, including two of three to Tampa Bay over the weekend. So, it’s not like the Yankees are flying high, even though they’ve come a long way since stumbling to finish August and open September.

Nathan Eovaldi will start for the Red Sox on Tuesday night, while Gerrit Cole will take the ball for the Yankees. One might suggest that gives New York a slight edge — Cole is destined for another top-five Cy Young finish — but there are several reasons why Boston will extend its playoff life with a win.

1. Nathan Eovaldi is made for this moment.
Although Eovaldi’s epic relief effort against the Los Angeles Dodgers in Game 3 of the 2018 World Series stands out as a trademark performance, the rest of his playoff run that year — his first foray into postseason baseball — shouldn’t be overlooked. He owns a 1.61 ERA and a 0.81 WHIP in six career playoff appearances (two starts) spanning 22 1/3 innings. Small sample size? Sure. But dominant nonetheless.

Eovaldi likely is to have a chip on his shoulder, too, having turned in his worst start of the 2021 season during the Yankees’ aforementioned sweep of the Red Sox a week and a half ago. And that could spell trouble for the Yankees, who’ve typically struggled against the hard-throwing right-hander.

Since joining the Red Sox in 2018, Eovaldi has allowed two runs or fewer in nine of his 11 starts against the Yankees. He’s allowed one or zero runs in six of those outings. Clearly, his seven-run implosion against New York on Sept. 24 was an outlier. And Eovaldi is well-equipped to navigate the Yankees’ lineup, largely because he fills up the strike zone — his walk rate (1.7 per nine innings) this season is tops among all qualified MLB starters — and doesn’t surrender many home runs (15).

2. Gerrit Cole, while excellent, is not infallible.
Cole’s track record speaks for itself. He’s one of the game’s best pitchers and a perennial Cy Young Award candidate. But the 31-year-old looked mortal down the stretch, posting a 5.13 ERA in six September starts (33 1/3 innings). Was it due to MLB’s crackdown on sticky substances? Who knows.

It’s also worth noting Cole has fallen flat against the Red Sox before. He surrendered three early home runs against Boston in a losing effort on June 27. And his career ERA at Fenway Park: 5.06 (18 earned runs in 32 innings), the third-highest mark of any ballpark in which he’s pitched at least 10 innings.

3. Neither is Aroldis Chapman.
When Chapman is on, he can be downright filthy. But when he’s off, it can be an adventure. And the Red Sox have seen both sides of the Yankees closer, which should give them faith that even a late-game deficit isn’t insurmountable.

Consider this: Chapman owns a 6.43 ERA and a 2.07 WHP in 15 career appearances (14 innings) at Fenway Park, the worst marks of any ballpark in which he’s pitched at least seven innings.

4. The Red Sox have better positional depth.
J.D. Martinez’s potential absence stings. (He was questionable for the contest as of Tuesday evening with an ankle injury.) If he’s unable to go, Kyle Schwarber likely will serve as the designated hitter, with Bobby Dalbec drawing the start at first base and the outfield consisting of Alex Verdugo, Kiké Hernández and Hunter Renfroe. If he can play, Schwarber might start at first base, with Dalbec — one of the Red Sox’s hottest hitters down the stretch — coming off the bench.

Either way, Red Sox manager Alex Cora has a deeper lineup with which to work, whereas Yankees skipper Aaron Boone is leaning heavily on the two-headed monster of Aaron Judge and Giancarlo Stanton to continue carrying New York’s offense. Jarren Duran also could be an interesting chess piece for the Red Sox, if Boston ultimately carries him on the roster for some late-game speed off the bench.

You can guarantee the Fenway Faithful will be buzzing Tuesday night, and that extra edge ultimately could be a huge difference between two fairly evenly matched rivals. 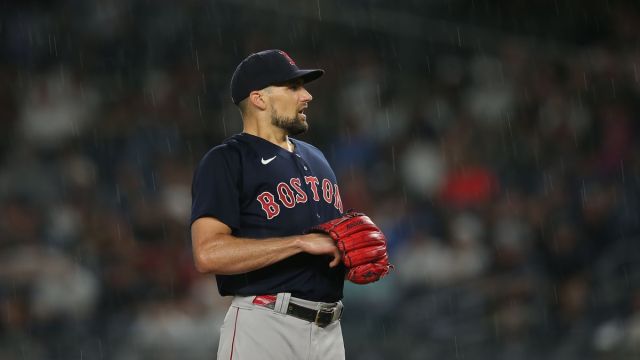 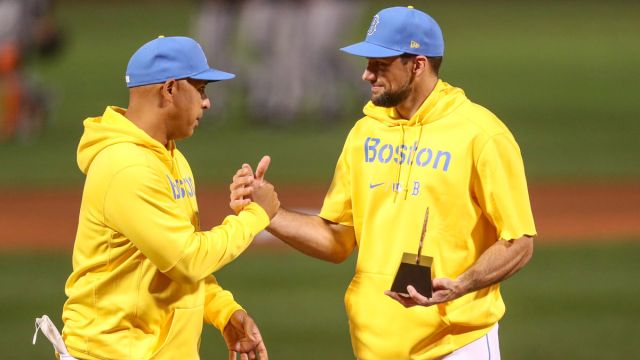