Special teamer Justin Bethel used a variation of it after Sunday’s overtime loss to the Dallas Cowboys, saying the Patriots are “a good team with a bad record.” Wide receiver Kendrick Bourne this week said he’s confident New England will turn its season around.

But whether the Patriots should or should not be 2-4 — three of their losses came by six points or fewer and hinged on one or two pivotal plays — they are. They’re 0-4 at home. Their only wins have come against the New York Jets and Houston Texans. Those are indisputable facts.

The question now is whether the rest of their season will play out similarly.

The Patriots’ sour start drastically decreased their odds of returning to the postseason this year, but it did not extinguish them. With 12 weeks still to play, there is plenty of time for New England to find its groove, remedy their myriad early-season mistakes and vault back into the playoff picture.

Doing so won’t be easy, though. FiveThirtyEight gives the Patriots a 22% chance of making the playoffs. Football Outsiders has it at 30.1%.

Ahead of Sunday’s Week 7 rematch against the New York Jets, here’s a look at what the Patriots likely need to do in order to earn a playoff berth:

WHERE THEY NEED TO GET
It’s very difficult to predict where the cutoff between playoff teams and non-playoff teams will fall each year, especially with the expanded playoff field and newly extended regular season.

We have no historical data on how the new 17-game season will affect playoff odds, but let’s say, for argument’s sake, that the Patriots would need to get to at least 10 wins in order to have a realistic shot at the postseason. That might not be enough — the 10-6 Miami Dolphins fell short a year ago, and even 11-win teams (like the 2008 Patriots) have missed out in the past — but it’s a reasonable target to aim for.

HOW THEY CAN GET THERE
Operating under those parameters, the Patriots would need to go 8-3 down the stretch to be in the playoff conversation. Three of their remaining games are against the New York Jets (Week 7), Atlanta Falcons (Week 11) and Jacksonville Jaguars (Week 17) — all teams expected to be picking in the top 10 of the 2022 NFL Draft. Those are gotta-have-it games for the Patriots, and ones they should win.

Their other eight pose more of a challenge.

After hosting the Jets this Sunday, the Patriots face a difficult three-game stretch against the Los Angeles Chargers (road), Carolina Panthers (road) and Cleveland Browns (home). Then comes a Thursday night tilt in Atlanta before this brutal late-season sprint:

They then finish up with a home matchup with Urban Meyer, Trevor Lawrence and the Jags, followed by a Week 18 trip to Miami to face the Dolphins.

Assuming the Patriots beat the Jets, Falcons and Jags — not a guarantee, of course; the Patriots needed a second-half rally to beat a Texans team that lost 40-0 the week before and 31-3 the week after — they’d need to go at least 5-3 against the Chargers, Panthers, Browns, Titans, Bills (twice), Colts and Dolphins. (The Dolphins are an unimpressive 1-5 this season, but games in Miami always give the Patriots trouble.)

Is that possible? Sure. The Patriots should be a better team in the back half of the season as their various new pieces continue to settle in. And nearly all of those opponents have looked vulnerable in recent weeks.

The Chargers were blown out by the Baltimore Ravens on Sunday. Tennessee recently lost to the Jets, albeit with several key players sidelined. Browns quarterback Baker Mayfield and running back Nick Chubb currently are sidelined with injuries, and Cleveland has allowed 84 points over its last two games, both losses.. The Colts are below .500 (2-3). The Panthers have lost three straight after starting 3-0. The Bills look like a Super Bowl favorite, but they’ve lost twice this season.

But this rash of early season losses — including heartbreakers against Miami (by one), Tampa Bay (by two) and Dallas (by six in overtime) — has left the Patriots almost no room for error. 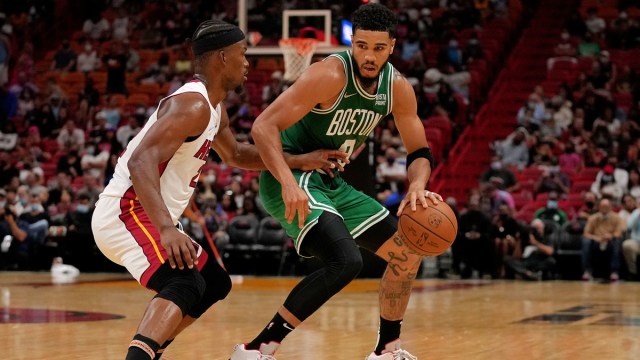 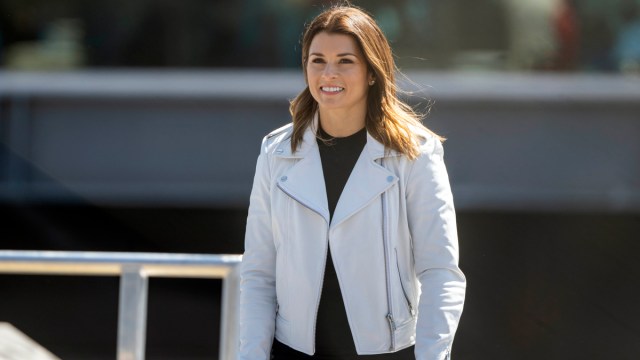