Boston Celtics head coach Ime Udoka challenged Jayson Tatum to become more of a playmaker entering his fifth season, and while it hasn’t been that way from the jump this season, the two-time All-Star certainly did just that Monday.

Tatum tallied a season-high and team-high eight assists during Boston’s 140-129 overtime win against the Charlotte Hornets to earn a second consecutive win.

“He understands the crowd and attention he draws every night,” Udoka said during a postgame press conference. “Different teams have different game plans, but if he gets it rolling scoring-wise we know they’re going to come after him. It’s something he’s embraced from Day One. Eight assists tonight is huge, but not only his scoring, he’s getting everyone else involved.”

“As with every team their best player usually has got to be their best playmakers so we’ve asked him to do that this year, get guys involved and he’s taken on the challenge from Day One, whether it’s from the post, isolation,” Udoka said. “He’s willing to give up the ball and trust his teammates and then it makes it easier on him for the rest of the game.”

The Celtics had five players in double figures with Jaylen Brown (30), Dennis Schroder (23), Jabari Parker (13) and Robert Williams (12) joining Tatum. Boston had assists on 33 of their 50 made baskets.

The Celtics will return to TD Garden on Wednesday against the Washington Wizards. 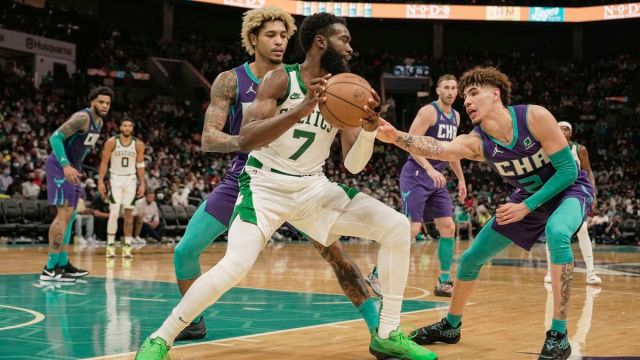 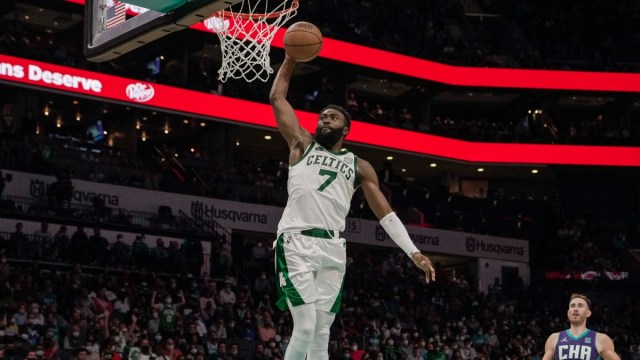