Red Sox manager Alex Cora had one goal for Kiké Hernández coming into the 2021 season — get the Boston fanbase, and baseball as a whole, to realize the utility man’s talent.

If they hadn’t already caught on, consider Friday’s Game 2 an awakening.

Hernández went 5-for-6 with three runs and three RBIs as the Red Sox evened the American League Division Series against the Tampa Bay Rays in a 14-6 romp. His fifth inning home run tied the game 5-5, setting the stage for another comeback victory for the team that finished the regular season with the most in baseball.

Beyond the victory, Hernández etched his name in MLB record books. Between the home run, three doubles and a single, he tied the single-game postseason record for both hits (5) and extra-base hits (4).

Cora, for what it’s worth, wasn’t surprised.

“Today he made a conscious effort to be on time and hunt pitches in the zone. When he runs into trouble is when he’s ahead in the count, he expands. Today he did a great job being on time, (staying) short to the ball,” Cora said. “It was amazing.”

The former Los Angeles Dodger had quite the season in his first year with the Red Sox. His .250 batting average was his highest since 2018, and he logged a career-high 35 doubles and came one home run short of tying a career best with 20.

But playing in the postseason — which he is no stranger to, having played in October every year since 2015 — means more to the 30-year-old.

“Games are a little bit more fun,” Hernández said, as seen on FS1’s postgame coverage. “They mean a little more and I elevate my level of focus a little more. I’m just trying to have fun, help the team win. October baseball, there’s nothing like it. It’s a special feeling whenever you get to this opportunity.”

Thanks to his Friday heroics, he’ll get at least two more games in the best-of-five series against the Rays. 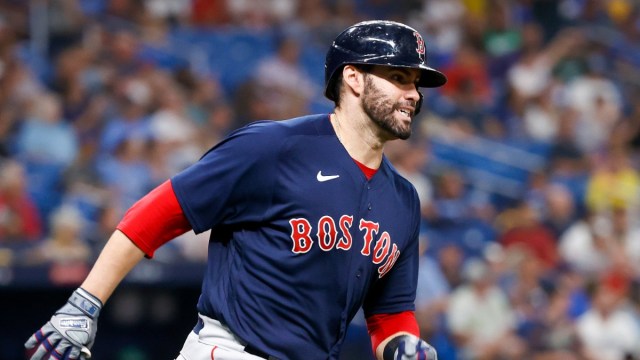 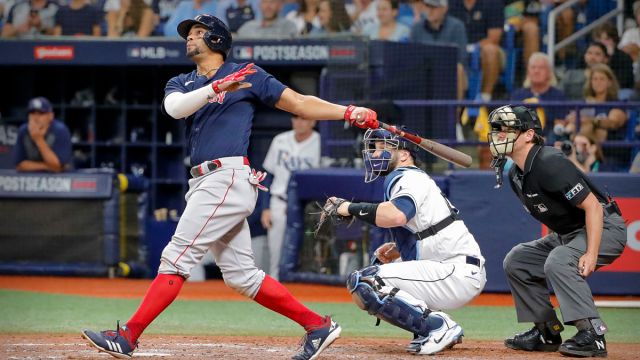