Kyle Schwarber seems to have a lot figured out. That extends from his performances at the plate to how he handles embarrassment.

The Red Sox slugger may not be a natural first baseman, but the effort clearly is there in his attempts to fill Boston’s need at the position while also providing his patient and reliable bat.

And during Game 3 of the American League Division Series against the Rays on Sunday, he made an error overthrowing an underhand toss to Nathan Eovaldi who was covering first base. But in the next inning he made a successful throw to first to complete a similar play and celebrated as though he’d just scored a goal in an NHL game.

In addition to the exaggerated fist bump, Schwarber even tipped his cap to Red Sox fans applauding the feat.

“You’ve gotta be able to make fun of yourself every once in a while, right?” Schwarber said after the Boston’s extra-innings win, via NESN’s postgame coverage.

“Loosen the situation up, obviously, being new over there at first base and Nate (Eovaldi) picks you up — unbelievable job by Nate. Then you go out there, you make the good ol’ routine play, and you loosen it up a little bit. You’ve gotta be able to make fun of yourself. It was a good time and I think it got a laugh out of pretty much almost everyone. It’s a game, you know? You’ve gotta be able to laugh at yourself, but at the end of the day, Nate went 2-3 right after that, and it was fun.”

Even if Schwarber hadn’t redeemed himself on defense, his offense made up for it, batting 3-for-5 with two runs and an RBI in Boston’s win.

But we appreciate the self-deprecating humor. This guy gets it. 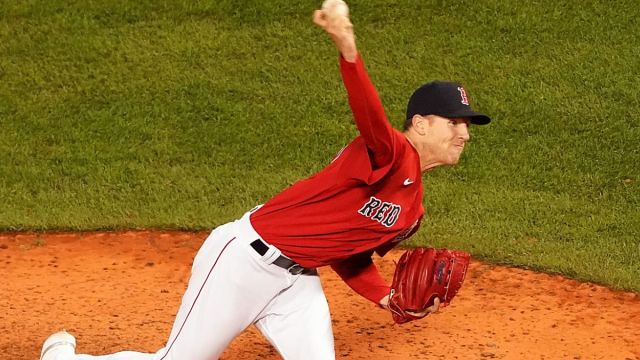 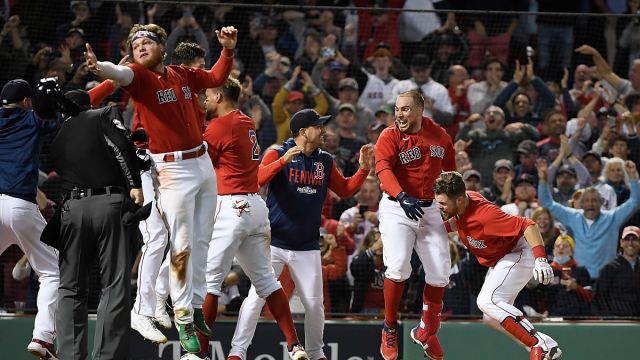