It’s one of the most interesting times on the NFL calendar with the league’s trade deadline quickly approaching.

We proposed seven trades that we could see happening before Tuesday’s deadline, including a handful that feature teams waving the white flag on the campaign while others center around those pushing their chips to the middle of the table after getting off to promising starts.

Houston Texans quarterback Deshaun Watson to Miami Dolphins
Watson is not going to play another game in Houston, and now it’s a matter of whether the three-time Pro Bowler can get his legal situation figured out. It seems Watson isn’t willing to settle on the 22 civil suits he’s facing, but perhaps he’ll feel otherwise if it means he can get out of Houston. The Dolphins, while not the only team that could land Watson, seem to be the most likely of landing spots.

Chicago Bears wideout Allen Robinson to Las Vegas Raiders
Robinson has been dealt a very poor hand throughout his eight-year tenure in both team record — played on two teams that finished better than .500 — and quarterback play. Now, playing on the franchise tag and nearing another shot at free agency, should be the time the lowly Bears move the wideout. Robinson, 28, certainly could benefit from a change of scenery (essentially, getting away from Matt Nagy). A trade to the Raiders, and a competent signal-caller in Derek Carr, would be a lot of fun.

Indianapolis Colts running back Marlon Mack to Baltimore Ravens
The Ravens seem to finally have been grounded after a flurry of injuries to their running back group before the season started. Most recently against the Cincinnati Bengals in Week 7, Baltimore running backs combined for 29 yards on 11 carries. Two weeks prior, in a Week 5 game against the Indianapolis Colts, the Ravens were held to 24 yards on 11 carries. Mack would greatly provide a boost to Lamar Jackson & Co., while the Colts get something in return for a player that is third on the depth chart behind Jonathan Taylor and Nyheim Hines.

Houston Texans receiver Brandin Cooks to Green Bay Packers
Cooks depicted his unhappiness with a tweet Wednesday after the Texans reportedly traded running back Mark Ingram. Could Cooks be next? Possibly. And the Packers have long searched for a No. 2 wideout to complement Davante Adams. The speedster Cooks — who has 45 receptions for 502 yards in his age-28 season — would provide Rodgers with another pass-catching threat. Cooks, despite the fact he’s been on the move as much as he has, continues to put together productive campaigns. He has tallied 1,000-yard seasons in five of the last six seasons and we’re willing to bet he’d continue that output with Rodgers throwing him the ball.

Denver Broncos cornerback Kyle Fuller to Tampa Bay Buccaneers
The Buccaneers seem poised for another Super Bowl run, but are below average on the backend as they rank 23rd in passing yards allowed per game. The Bucs tried to help fill that void with Richard Sherman, but his injury with have the former All-Pro sidelined for a couple more weeks. Fuller hasn’t played at the same level as his back-to-back Pro Bowl seasons in 2018 and 2019, but he would provide Tampa a bit of a boost.

Miami Dolphins cornerback Xavien Howard to Tennessee Titans
The Dolphins were thought to have two of the better corners in the league in Howard and Byron Jones, but neither have lived up to their hefty contracts in 2021, and for a struggling Miami team, it feels like they could go cut the cord. The Titans (perhaps the Chiefs, too?) would be a great landing spot for the two-time Pro Bowler. It would provide help in Tennessee’s biggest area of concern with an offense that is clicking and seems poised for a deep playoff run.

Detroit Lions defensive end Trey Flowers to New Orleans Saints
The Saints had a better pass rusher during “Monday Night Football” against the Seattle Seahawks, but there’s still room for improvement for a New Orleans defense that doesn’t have many other weaknesses. Flowers has been largely underwhelming during his time in Detroit due to injuries, but with the Lions remaining winless and there being time left on his deal, he could be a name worth watching.

Atlanta Falcons tight end Hayden Hurst to Buffalo Bills
The Bills were set up swimmingly with Dawson Knox coming into his own at the tight end spot, but a right-hand fracture has caused Knox to miss both Week 7 and likely Week 8. While Knox isn’t out for the rest of the season, bringing in someone like Hurst provides insurance for a group in win-now mode. Plus, the Falcons have found franchise cornerstone in Kyle Pitts and could look to improve in other areas, or through the draft. 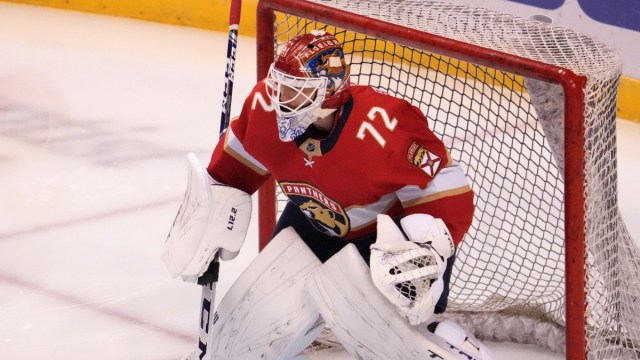 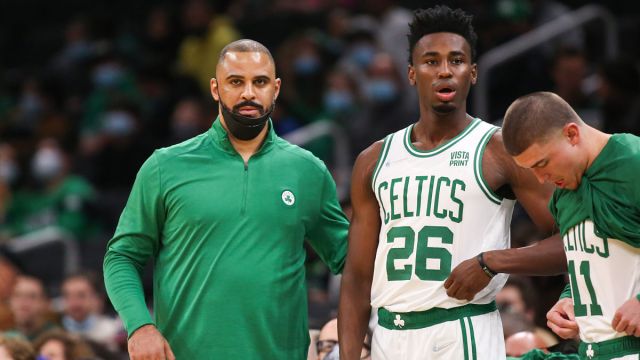