The Detroit Lions have spent the past year jettisoning ex-New England Patriots players. Could they add one ahead of next month’s NFL trade deadline?

This was speculation, not reporting from Rapoport, who offered a lukewarm assessment of Harry’s trade value.

“If there is value, it would be not a lot,” Rapoport said. “It would be a pick-swap or a late seventh. I wouldn’t rule it out. I mean, there are some teams that need playmakers. I think one of the teams that was rumored with N’Keal Harry was the Lions. They don’t have a lot of receivers at all. Could those maybe kick-start again? I mean, maybe.

“In my history, knowing Bill Belichick, when a player has asked for a trade or demanded a trade sometimes it happens, but not always. Sometimes it’s kind of like, ‘Yeah, yeah.’ Because honestly, what are you getting anyway?”

Harry, whose agent publicly requested a trade before the season, has provided minimal production since returning from injured reserve in Week 4. Over three games, the 2019 first-round draft pick has played 58 offensive snaps and recorded two catches on three targets for 19 yards.

The 0-6 Lions have one of the NFL’s weakest receiving corps, with Kalif Raymond and Amon-Ra St. Brown currently serving as their top options.

ESPN’s Bill Barnwell floated a different landing spot for Harry, proposing a trade that would send the disappointing wideout to the Jacksonville Jaguars (along with a 2022 fourth-round pick and a 2023 sixth-rounder) in exchange for edge rusher K’Lavon Chaisson and a 2023 fifth.

The NFL trade deadline is Nov. 2. 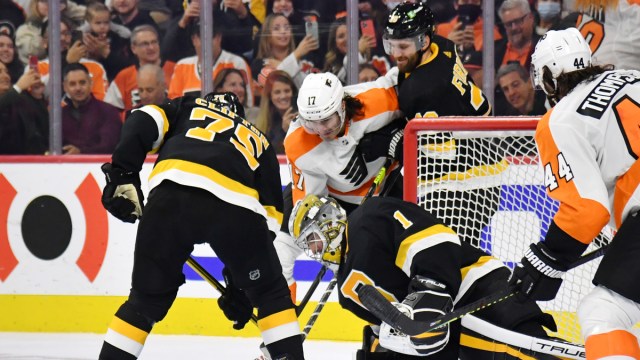 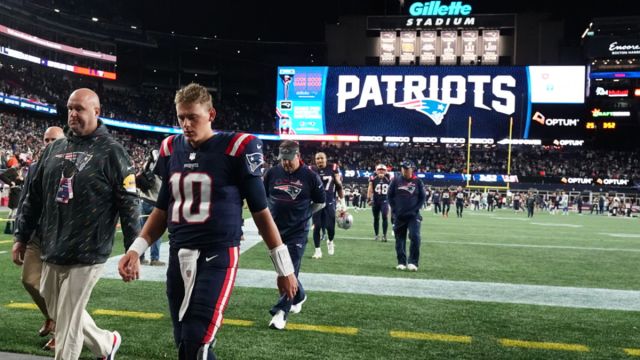