Nick Folk missed a potential game-winning field goal with under a minute remaining. The ball bounced off the left upright.

The Patriots dropped to 1-3 with the loss, while the Bucs improved to 3-1.

STUDS
Mac Jones, QB
The rookie had some shaky plays — an interception in the first half and a near-pick late in the fourth — but otherwise played well in a pressure-packed environment.

Jones, who took some huge shots in this game, completed 31 of 40 passes for 275 yards and two touchdowns with one interception. He was poised, displayed toughness and showcased the ability that makes him such a promising player for the Patriots.

Kendrick Bourne, WR
Bourne followed up his strong performance against the New Orleans Saints with another impressive game.

He was kept in check in the second half but was huge in the first half when the Patriots needed a jolt on offense. He finished the game with five catches for 58 yards and seems to be building great chemistry with Jones.

Defense
It was far from perfect, and the run defense once again was a problem at times.

However, the Bucs had just six points until late in the third quarter and finished with 19 points. That’s a win for the Patriots defense, which got strong contributions from across the lineup.

DUDS
Mike Onwenu, LG
Not a great game from Onwenu, who thus far hasn’t lived up to lofty preseason expectations.

The left guard committed two holding penalties on the same drive in the second quarter. Fortunately for the Patriots, the drive wound up producing a Hunter Henry touchdown, so Onwenu got bailed out. He also had his fair share of issues in pass protection and was benched for Ted Karras in the second half.

J.J. Taylor, RB
When you’re a player like Taylor who needs to make the most of your limited opportunities, you absolutely can’t commit turnovers. And you especially can’t commit one inside the 30-yard line.

Taylor did just that on New England’s first drive of the second half, squandering at least a field-goal opportunity.

N’Keal Harry, WR
Admittedly, he didn’t play a ton, and expectations should’ve been tempered for his season debut.

Still, it would’ve been nice if Harry made some impact in his first game. He finished with one catch for 10 yards. 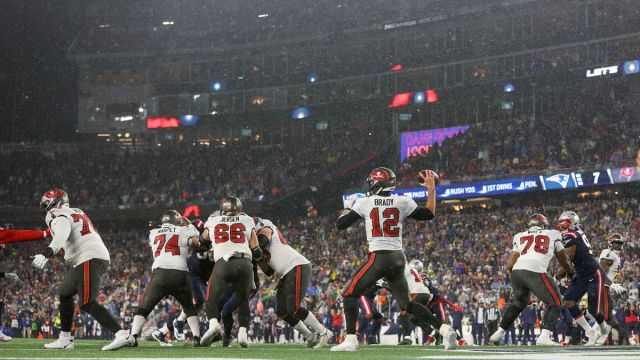 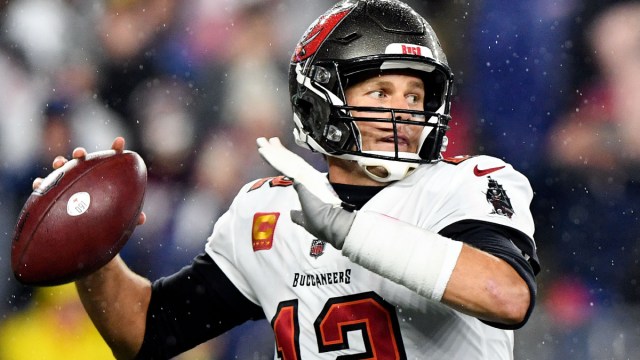