Sunday night’s game between the Patriots and the Buccaneers lived up to the hype, both in terms of on-field drama and off-field interest.

NBC on Monday announced that 28.5 million viewers across all platforms tuned in to watch Tampa Bay, led by Tom Brady, earn a rain-soaked 19-17 victory in New England. That makes it the most-watched Sunday night game since 2012 (Week 17 win-and-in game between Dallas and Washington) and second-most watched since NBC debuted its “SNF” package in 2006.

The game’s 34 share (percentage of in-use TVs tuned into game) is the highest in NBC “Sunday Night Football” history.

The local audience numbers arguably are even more impressive. In particular, Patriots-Bucs drew a staggering — and record-setting — 73 share in Providence, R.I. Boston saw its best “SNF” rating since 2015.

The 1-3 Patriots will visit the Houston Texans on Sunday, while the 3-1 Bucs will host the Miami Dolphins. 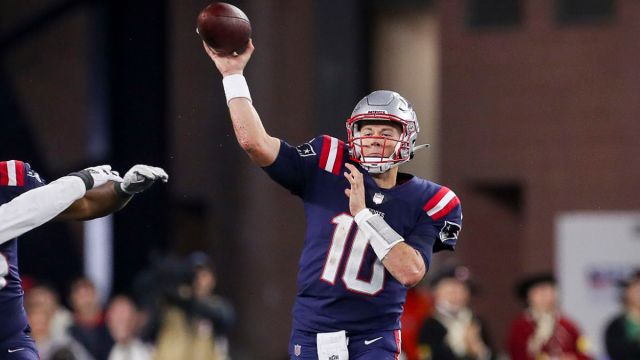 How Mac Jones Is Like Tom Brady; What Patriots Rookie Can Learn From Legend