The Patriots should have won Sunday’s game against the Dallas Cowboys.

And they should have had wins this season against the Tampa Bay Buccaneers and Miami Dolphins. Going back to last season, New England basically beat the Seattle Seahawks, Denver Broncos and Buffalo Bills.

Against the Cowboys, it was poor defensive execution on 3rd-and-25 and a questionable fourth-down decision in overtime that cost New England a victory. Against the Bucs, another worthwhile second-guess gave way to a missed field goal from Nick Folk. Damien Harris’s fumble in Week 1 cost the Patriots a win over the Dolphins.

Last season, Cam Newton’s failed goal-line run in Seattle, post-COVID-19 struggles against the Broncos and late-game fumble against the Bills all resulted in narrow defeats. Every time, the Patriots were oh-so-close to pulling out dramatic wins.

But here’s the thing: The Patriots did lose all those games, and deserved to.

And here are more inconvenient truths: In the post-Tom Brady era, the Patriots are 3-7 in one-score games. This season, they’re 0-4 at home for the first time since 1993.

So, the time for “moral victories” officially is over. The Patriots have reason to believe the future is bright with Mac Jones at quarterback, but the reality is that New England is 9-13 since the start of the 2020 campaign.

In other words, the Patriots are a losing team that no longer makes the big plays necessary to win close games against bad opponents, let alone great ones.

And Sunday’s loss against the Cowboys was the perfect embodiment of why this team still isn’t ready for the bright lights.

New England had a chance to put Dallas on the ropes in the second quarter, but a Jakobi Meyers touchdown reception that would’ve given the Patriots a 20-7 lead was called back due to a holding penalty. On the next play, Jones turned the ball over on a sack-fumble. Near the end of the first half, the Patriots played far too passively.

In the fourth quarter, the Patriots had an opportunity to get a couple of first downs and run out the clock after Greg Zuerlein missed what would have been a go-ahead field goal. On second down, Jones threw a pick-six. The rookie came right back and hit Kendrick Bourne for a 75-yard touchdown, and later converted a two-point attempt, to give the Patriots a three-point lead with just over two minutes remaining.

On Dallas’s final drive in regulation, multiple penalties forced the Cowboys into a 3rd-and-25 from their own 45-yard line. That would’ve been game over against Patriots teams from the dynasty years. Instead, New England gave up a 24-yard completion and Zuerlein hit a 49-yard field goal to send the game to overtime.

The Patriots got the ball first in overtime, another death sentence for their opponents during the Brady years. However, New England elected not to go for it on a fourth-and-3 from midfield and punted the ball to Prescott and the Cowboys.

Prescott drove the ball down their throats, completing a historic afternoon for the Cowboys quarterback. The game-winning play was an especially ugly showing from a gassed New England defense.

In all of those situations, the Patriots made losing plays. So, they deserved what happened to them Sunday night. It was the continuation of a pattern that dates back to Brady’s final season in Foxboro when the Patriots were 1-3 in one-score games over the final five weeks.

What’s the explanation? Why are the Patriots now so bad in situations they used to excel in? Is it really about the departure of Brady?

That has a lot to do with it, as he is capable of covering up a lot of mistakes. But he’s not responsible for the talent discrepancy, poor coaching decisions and sloppy play that have plagued New England over the last two years.

The season isn’t over, and the Patriots did do some good things against Dallas And, according to FiveThirtyEight, they still have a 21% chance of making the playoffs.

But a margin for error that once was slim now might not exist at all. If the 2-4 Patriots want to make the playoffs, they need to go on a major run and beat some very good teams along the way.

To this point, they’ve given fans zero reasons to believe they’re capable of doing it. 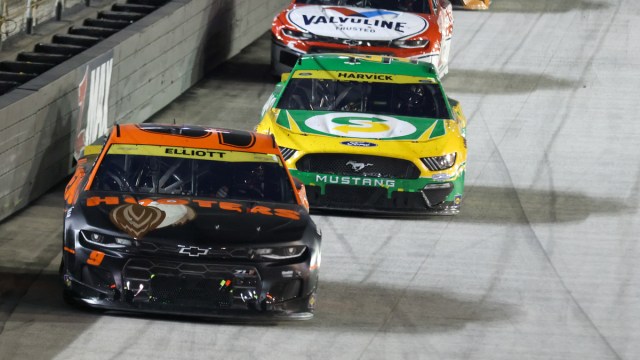 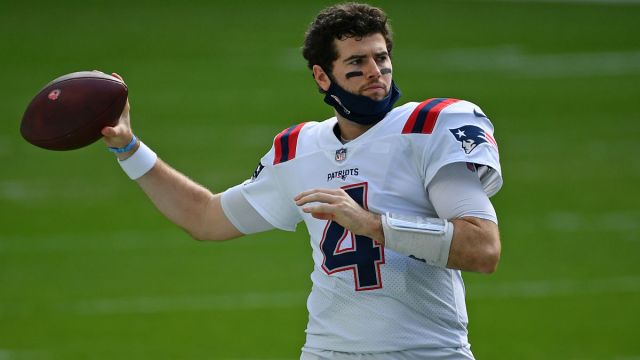