Let’s get right into your questions as New England prepares for its Week 6 matchup with the Dallas Cowboys:

@KP_Booth
How much Jamie Collins will we see this week, and who is he taking snaps away from?
It’s hard to be much more efficient than Collins was in his first game back with the Patriots, notching a sack on one of his three defensive snaps against the Houston Texans. I don’t know what Collins’ ceiling is, but I do expect him to see more playing time in the coming weeks, if only because the Patriots have gotten very little out of all pass rushers not named Matt Judon.

Judon has 6 1/2 sacks (tied for second-most in the NFL) and 11 quarterback hits (fifth) through five games. Josh Uche ranks second in both categories. He has three sacks and three QB hits, and none of either since Week 2. No other Patriots player has more than one sack or one QB hit.

Collins should be able to help in this area while also possessing the versatility to play multiple linebacker positions. Maybe we’ll see him start to take some snaps away from Kyle Van Noy, who hasn’t made much of an impact since Week 1.

@EM1971_TX
Can we expect to see more of Stevenson in the run game this week?
Yep. Rhamondre Stevenson looks like Damien Harris’ primary backup at this point, so I expect him to play some sort of role in the running game. How significant that role is likely will depend on Harris’ health, as he missed practiced Wednesday and was limited Thursday with the ribs injury that knocked him out of last week’s game. The Patriots could look to manage their lead back’s workload by spelling him with the rookie more frequently.

Stevenson wasn’t especially productive against Houston (11 carries, 23 yards), but I thought he got better as the game went along. One of his final touches was a 9-yard carry in the red zone, and another was a 4-yard touchdown plunge that was called back for an illegal shift.

It also was interesting to hear Ivan Fears’ honest assessment of Stevenson’s performance. The longtime Patriots running backs coach said Stevenson, who was booted to the inactive list for three games after losing a fumble and flubbing a blitz pickup in Week 1, “started the game out too cautious” in his first week back in the lineup.

“He was almost very nervous to carry the ball,” Fears said. “He can’t — we can’t play that way. He’s got to let himself play. And I think he will. I really do.”

Stevenson is a talented player. If he can continue to build up his confidence — and hold onto the ball — the production should come.

On a semi-related note, I hadn’t realized just how top-heavy the Patriots rushing attack has been this season. Harris leads the team with 230 rushing yards. Second on that list is James White — with 38 — who’s out for the season with a hip injury. Quarterback Mac Jones is third with 30.

@Not_Simple_
What is the prospect that the secondary becomes good/ uninjured enough to allow the defense to achieve its potential from the preseason. Or is that prospect gone. What are the biggest changes/ disappointments?
I don’t think the Patriots’ secondary can meet preseason expectations, because those expectations centered on Stephon Gilmore returning in Week 7. This group really seems like it was constructed just to survive until Gilmore got back, which made the decision to trade him all the more baffling.

Barring a midseason addition, the hope now has to be that J.C. Jackson, Jalen Mills and Jonathan Jones all stay healthy, because as we saw against the Texans, there’s very little depth behind them. I think it’s clear now that the Patriots cannot trust Joejuan Williams to play any significant role, and who knows when or if we’ll see Shaun Wade, who currently is sidelined with a concussion.

All that said, this cornerback group has been competitive this season when fully intact, and they proved against Tampa Bay that they can hold their own against an elite receiving corps.

@Matt__Ellison
Is this the week we stop the slant on third down?
The Patriots have been harping on it, that’s for sure. They’ve been beaten far too many times on quick slants in third- and fourth-and-short situations. It happened twice in the first half of last week’s game.

Inside linebackers coach Jerod Mayo said those are “awareness” plays that the Patriots should know are coming.

“Honestly, I would say part of it just has to do with awareness, right?” Mayo said this week. “Awareness of the play. A lot of those have happened on short-yardage plays, like third-and-1. And really it’s a run; it’s not just a normal slant pass. I don’t want you guys to think they are just sitting back there in dropback pass and throwing the slant. It’s a called run play and what we call a ‘look’ pass. They just sling it out there.

“Through self-scouting and honestly just being at the game, we know that play’s coming. We just have to play it better.”

Jackson gave up one such slant against Houston, losing Brandin Cooks on fourth-and-1. He was playing with outside leverage on the play, giving Cooks a free release inside.

It wasn’t the first slant Jackson had surrendered this season, but he vowed it would be the last.

“I just have to get my awareness up on that play,” Jackson said Friday, echoing Mayo. “It’s nobody else’s fault but mine. I know other teams are looking at that like, OK, this guy gives up slants. That won’t happen again.”

@PatriotsSTH1969
With Wynn out because he is Unvaccinated and Covid-19 exposed and Herron ailing does this open the door for Cajuste to take over at LT, Owenu go back to RT and Steady Teddy Karras at guard?
That’s the combo I’d go with Sunday if both Isaiah Wynn and Justin Herron (missed practice Thursday with an abdomen injury) are unavailable. I think the Patriots would be better off with Mike Onwenu at right tackle and Ted Karras at left guard than they would be with Onwenu at left guard and Yasir Durant at right tackle. They’ve shown a reluctance to move Onwenu out of his guard spot, however, so it’s unclear if that’s an option they’re considering.

@A_DeSilva
What?s happened to Uche? He seemed ready for a breakout year in camp.. has the team relegated him to a situational role like Winovich last season?
Uche missed Week 3 with an injury and hasn’t been much of a factor since he returned. Pegged early as the Patriots’ second-best pass rusher behind Judon, he has zero sacks, zero QB hits, zero pressures, zero run stops and just one tackle over his last two games. Outside of one Week 1 sack and some big plays in garbage time against the New York Jets, the second-year pro has been disappointing thus far.

@Jchizz
How have Adrian Phillips and Kyle Dugger looked this season so far? It sounded like both were having very good camps, but I haven’t heard much about them since.
Phillips looked awesome in training camp, and that’s continued into the season. He’s been among the Patriots’ most active run defenders (seven run stops, according to Pro Football Focus), and in coverage, he’s allowed just six catches on 11 targets for 38 yards with an interception, also per PFF. He’s quietly been one of New England’s best players.

Dugger also has been even more involved against the run — his 10 stops lead all NFL safeties — but his coverage remains a work in progress. Texans tight ends gave him a tough time on Sunday, just like they did last season. Opposing quarterbacks have a passer rating of 98.2 when targeting Dugger and 24.1 when targeting Phillips.

New England’s top 2020 draft pick hasn’t played poorly this season by any means, but he hasn’t yet taken the second-year leap many were anticipating.

@SoundBoston
At this point in the season, will this cowboys game define how our season will go? We win, we’re looking at a team that can make the playoffs and maybe even steal a game. If we lose, it may be time to face reality that we won’t reach it? Or is that dramatic
“Define” might be a slight overstatement, but only a slight one. The Patriots can drastically shift the narrative surrounding their season if they beat Dallas on Sunday, especially with an easily winnable game against the Jets coming up next week. A loss, though, would drop them to 2-4, meaning they’d probably need to go at least 8-3 down the stretch in order to have a shot at a playoff berth.

That wouldn’t be impossible — I do believe, with all of their offseason additions, the Patriots will be a better team in the second half of the season — but it likely would require getting five wins out of games against the Los Angeles Chargers, Carolina Panthers, Cleveland Browns, Tennessee Titans, Buffalo Bills (twice), Indianapolis Colts and Miami Dolphins (in Miami). And that’s if you assume the Patriots will beat the Jets, Atlanta Falcons and Jacksonville Jaguars, which, of course, isn’t guaranteed.

It’s hard to even talk playoffs, though, until the Patriots prove they can beat a half-decent opponent. We’ll see if they can do that this weekend. 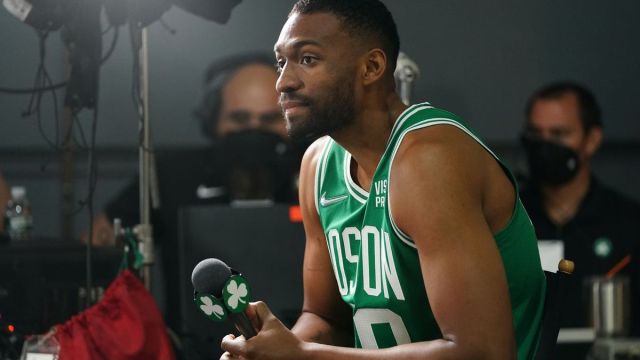 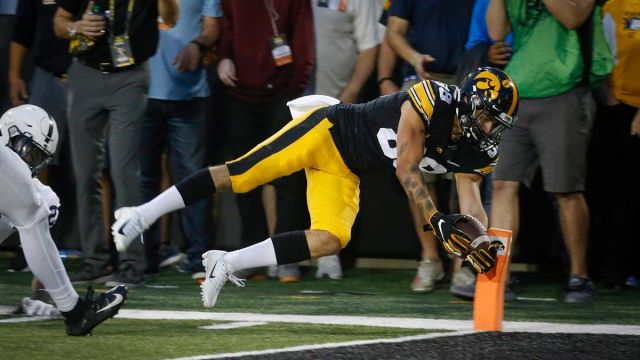