Linebacker Jamie Collins, who officially signed with New England on Wednesday, made his practice debut while wearing red sleeves and No. 58, the same number he had during his last tour in Foxboro. The most recent Patriots player to wear No. 58, Anfernee Jennings, is on season-ending injured reserve.

Brown, who hasn’t played in a game since injuring his calf early in the season opener, had been a limited participant in seven straight practices before this week. Mason is dealing with an abdomen injury.

Onwenu and Wynn both are on the COVID-19 reserve list. Their respective statuses for Sunday’s game against the Houston Texans remain total mysteries.

Cornerback Shaun Wade also was absent Thursday afternoon. Linebacker Kyle Van Noy was present, but he also was on the field for the media portion of Wednesday’s practice before being listed as a non-participant. He’s dealing with a groin injury. 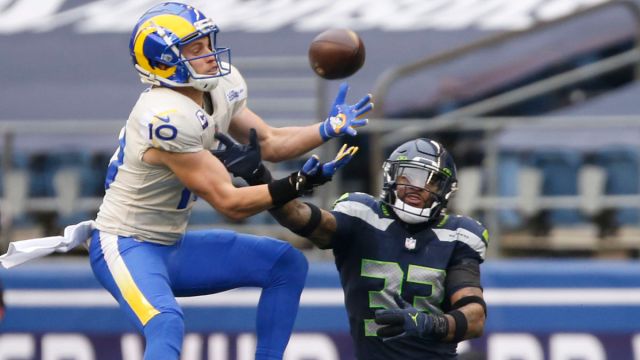