Breaking down snap counts and play percentages from the New England Patriots’ 35-29 overtime loss to the Dallas Cowboys on Sunday:

After right tackle Yodny Cajuste nearly got Mac Jones killed on a second-quarter strip-sack, head coach Bill Belichick benched him and Justin Herron and inserted Mike Onwenu (right) and Isaiah Wynn (left), both of whom were fresh off the reserve/COVID-19 list. Wynn played just nine offensive snaps before being benched himself after surrendering a third-down sack on the opening series of the second half. Herron returned and played the rest of the way.

Onwenu, who, unlike Wynn, was able to practice during the lead-up to this game, played 43 offensive snaps at right tackle after being used exclusively as a left guard during the first five weeks of the season. The second-year pro allowed one quarterback hit in 17 pass-blocking snaps and was the Patriots’ second-highest-graded run blocker by Pro Football Focus.

“Mike’s one of our best offensive linemen,” Belichick said Monday. “I thought he stepped in there, and we did what we felt was best for us in that game. I thought he gave us great effort.”

N’Keal Harry (21 snaps) played a specialized role as the lone receiver in the Patriots’ new “big people” package, which featured two tight ends, a running back and a fullback. The Patriots gashed the Cowboys’ defense out of that look on their first two possessions before largely abandoning it, with Belichick saying they only designed a finite number of 22 personnel plays.

Smith and Henry combined for just three catches for 34 yards in the game, with Henry catching an early Jones touchdown pass. Harry was not targeted. Meyers led all Patriots pass-catchers with five on six targets for 44 yards. Bourne caught just one pass, but it was a 75-yard touchdown late in the fourth quarter.

— The Patriots’ defense was on the field for a season-high 89 defensive snaps, easily surpassing their previous high of 78 (Week 4 versus Tampa Bay), and that unit seemed to wear down late in the game.

After playing stingy red-zone and third-down defense for much of the afternoon, the Patriots allowed the Cowboys to drive 40 yards for a game-tying field goal in the final seconds of regulation and 80 yards for a game-winning touchdown in overtime.

It was the most defensive snaps New England had played in any game since the 2015 divisional round, when it also played 89 in a win over the Kansas City Chiefs.

“Any time you play 91 plays, I don’t think that’s the same as playing 55 plays,” Belichick said. “But I wouldn’t say that was — I mean, (the Cowboys) played them, too, so I thought it was competitive.”

New England’s secondary carried an especially heavy workload, with starters Devin McCourty, Kyle Dugger, J.C. Jackson and Jalen Mills all playing upward of 80 defensive snaps. Mills was in coverage on two of Dallas’ biggest completions: the 24-yarder to CeeDee Lamb on third-and-25 that set up the game-tying field goal and the 35-yard touchdown to Lamb in overtime.

The Patriots lacked depth on the back end with Joejuan Williams (healthy scratch) and Shaun Wade (concussion) inactive and Myles Bryant not elevated from the practice squad. McCourty said he wished the team had more defensive backs on the field on the pivotal third-and-25, but their only available options beyond who was out there were special teamers Justin Bethel and Cody Davis.

With Stephon Gilmore, who would have been eligible to return from the physically unable to perform list this week, now playing in Carolina, the Patriots have no reinforcements incoming for this shallow group.

The Patriots’ offense also put their defense in a difficult spot by staging just one drive that lasted more than three minutes (and punting on a few fourth-and-shorts near midfield). New England ran more than five plays on just one of its 13 possessions, and Dallas finished with nearly 40 minutes of possession to the Patriots’ 27.

“I think we’ll probably see it better when we watch the film, but we were out there a lot,” McCourty said postgame. “I mean, 40 minutes. But we condition a lot, we run a lot in practice. I think when we watch the film, we’ll see if that was a factor. That’s what’s tough — we don’t know how these games are going to go on Sunday. That’s why we train the way we train — to be able to be in these games and finish them.

“A little bit better on that play changes the game. Just a little bit better where we don’t give up 24 yards on third-and-25. I think we have just got to be ready to go next week. Focus on the things we did well and fix some of those small things, and that will be the difference in winning these close, tough games.”

The Cowboys finished with 567 total yards, the most ever allowed by a Belichick-coached Patriots team. Prescott’s 445 passing yards also were the most New England has allowed in the Belichick era.

— Linebacker Jamie Collins saw his snap count rise from three in his first game back with the Patriots to 17 against the Cowboys. Dont’a Hightower and Ja’Whaun Bentley both suffered in-game injuries but later returned, as did slot corner Jonathan Jones and safety Adrian Phillips.

— Outside linebacker Chase Winovich did not play at all on defense before leaving the game with a hamstring injury. Linebackers Harvey Langi and Jahlani Tavai also played only on special teams, with Tavai blowing a block that led to a blocked punt. 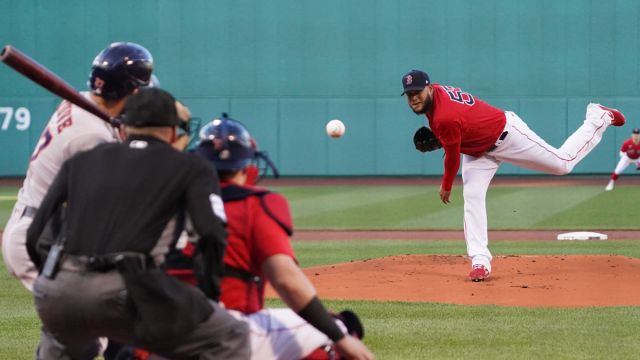 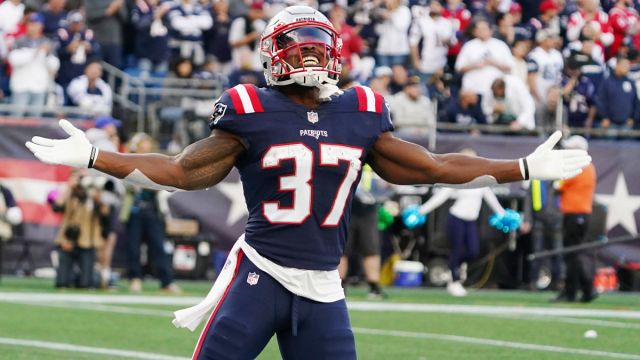 Why Boomer Esiason Isn’t Giving Up On Patriots’ Playoff Chances