The Boston Red Sox aren’t messing with much Friday night in Game 1 of the American League Championship Series against the Houston Astros at Minute Maid Park.

Boston’s offense was relentless in the final three games of the Red Sox’s AL Division Series against the Tampa Bay Rays, and thus manager Alex Cora will deploy a similar lineup for the club’s ALCS opener against the Astros in Houston.

Alex Verdugo will stay in Boston’s lineup despite left-hander Framber Valdez starting on the mound for Houston. He’ll bat seventh, while J.D. Martinez and Hunter Renfroe — two right-handed hitters — will move up to fifth and sixth, respectively.

Bobby Dalbec will begin Friday’s game on the bench, with Kyle Schwarber drawing the start at first base.

Kiké Hernández will lead off for the Red Sox, while Schwarber, a left-handed hitter, will slide down to the No. 2 hole against the southpaw Valdez. They’ll set the table for the tandem of shortstop Xander Bogaerts and third baseman Rafael Devers.

Christian Arroyo will play second base and bat eighth. Christian Vázquez will catch and hit ninth.

First pitch is scheduled for 8:07 p.m. ET, and NESN will provide a full hour of pregame and postgame coverage.

Here are the full lineups for Red Sox vs. Astros Game 1: 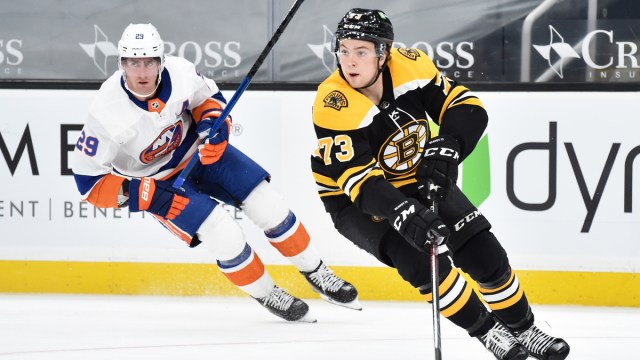