They do need to decide if they’ll extend him a qualifying offer, though.

Rodriguez is set to hit free agency this offseason, but is eligible for a qualifying offer. The short definition is the Red Sox would offer Rodriguez a one-year deal, worth the mean salary of the 125 highest-paid players in the league (according to NBC Sports, it should be around $18.4 million).

At that point, Rodriguez could either accept the offer and play on a one-year deal at that rate, or he can reject it and test the market. Should he reject it and sign elsewhere, the Red Sox would get a compensatory draft pick.

So, is that the route the Red Sox will go down with E-Rod?

“We haven’t made any of those decisions yet,” chief baseball officer Chaim Bloom said Monday during the end of the season press conference. “We caught our breath over the weekend … and we’re going to start this week looking at that. Wish we had even less time than we end up having, but obviously we have a couple weeks to figure that out.”

It’s a unique spot for both Rodriguez and the Red Sox.

Rodriguez is a useful mid-rotation arm, but $18 million-ish, even for one year, is a steep price to pay for someone who was erratic in 2021. However, 2019 was a huge year for Rodriguez, and if he returned to that form, $18 million would be about right for him.

That is the incentive for Rodriguez to accept a qualifying offer if given one. He is unlikely to make that much money in a single season on the open market right now, so he could accept that offer, make good money for 2022 and in the process potentially rebuild his stock, then test free agency next offseason in hopes of getting a better deal.

The deadline to extend qualifying offers this year is Nov. 10, so the Red Sox, though they don’t have to rush, aren’t drowning in time. Players have 10 days to accept the offer, and during that time they can negotiate with other teams, so they generally are able to get a sense of what their value is on the open market and whether taking the qualifying offer is worth their while. 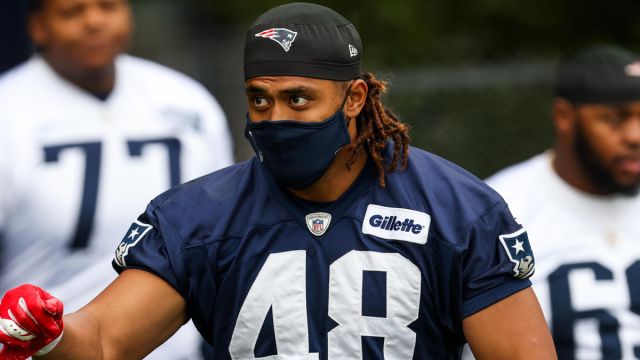