Red Sox Notes: Boston Exceeded Every Expectation But Its Own In 2021 Skip to content

The Boston Red Sox exceeded the expectations of just about everyone this season to get to the American League Championship Series. Everyone but themselves.

They rallied the entire second half of the year to overcome a COVID-19 outbreak. Qualify for the postseason. Dominate in the Wild Card Game. Rip through the AL Division Series with ease. Even through the first three games of the ALCS, they looked poised to punch a ticket to the World Series.

Instead, the Houston Astros will be taking the trip after defeating the Red Sox 5-0 in Game 6.

The Boston bats flatlined in Games 4 and 5 to allow Houston to take their lead back, and the offense never revived itself, getting no-hit through much of the elimination game.

“We had bigger goals, but to be honest, I’m very proud of the group,” Red Sox manager Alex Cora said after the game in his postgame availability.

“It just felt kind of like the same way, probably, they felt a few days ago when we had chances like that and we didn’t score. But offensively we didn’t put too much. We didn’t do enough. Their guy was really good.”

Boston ultimately mustered two hits and two walks, but nothing came of it as Houston’s pitching plan worked and prevented the Red Sox from getting anything going.

They may have gotten further than anyone anticipated, but at the same time, they weren’t outclassed in the ALCS. If a few plays throughout the series go differently, maybe roles get reversed.

But as the case with the Red Sox all season, when it rains, it pours, and a two-game offensive slump stretched to three at the worst possible time.

“We’re definitely disappointed right now, you know, because obviously we wanted to win this game and win the series and go on to the World Series,” Nathan Eovaldi said postgame.

Here are other notes as Boston’s season comes to an end:

— This loss didn’t reflect on Eovaldi, who despite scattering five hits through 4 1/3 innings, struck out four and got out of a bases-loaded jam in the third to keep his team in it — as he has all season, being their most reliable starter of the campaign. 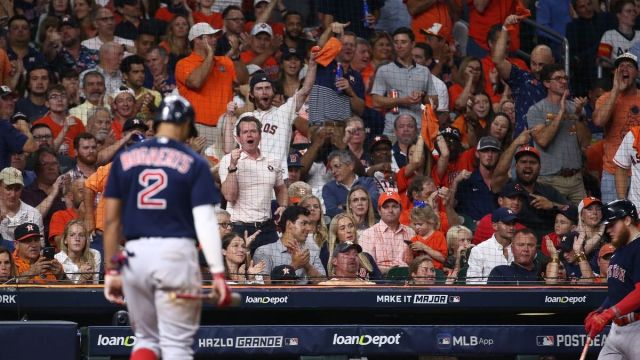 — Tip your cap. Yordan Alvarez was 4-for-4 with two runs and an RBI. Furthermore, his .522 batting average is the highest in ALCS history.

“They deserve to be in the World Series,” Cora said.

— Boston had chances of their own. The best came in the seventh, with J.D. Martinez and Alex Verdugo on base with one out. Pinch hitting for Christian Arroyo, Travis Shaw worked a full count and was retired with a high fastball. As Verdugo tried to get ahead on the pitch, though, he was thrown out.

Alex Cora explained their thought process in that sequencee.

“I just bet on my players. 3-2 count, if we put the ball in play against a sinker-baller, we score one.”

— In his postgame comments, Kyle Schwarber was sure to mention the first thing he noticed after being traded to the Red Sox amid a low point in their season.

“This team is grinding,” Schwarber said. “They’re not quitting in any of these games.”

It’s that mentality that has convinced him he’d like to stick around when the dust settles and he hits free agency.

— The season is over, but there’s a lot of optimism around the future of this ball club. After what we saw this season, the group may have to deal with more expectations next time around.

As Hernández said postgame, “The Red Sox are going to be a problem for a long time.” 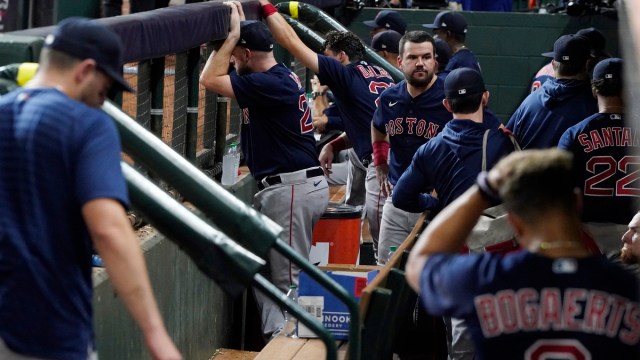 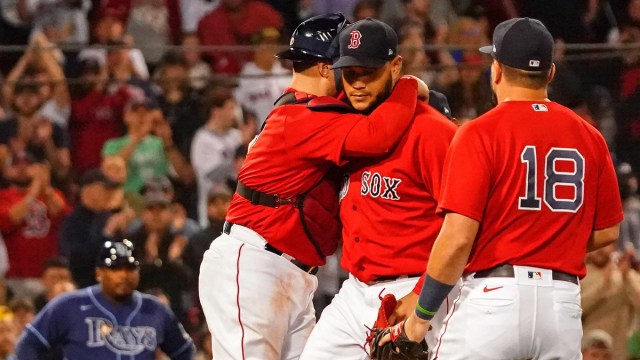