After a lopsided Red Sox loss in Game 4 of the American League Championship Series, Boston manager Alex Cora said he was pleased with the effort from his offense despite leaving 11 men on base and going 0-for-9 in scoring position.

It was more of the same in Game 5 on Wednesday as the Red Sox scattered just three hits and had little action on the base paths in a 9-1 loss. Boston couldn’t overcome a storybook performance from Houston Astros starter Framber Valdez — who fractured his finger during spring training but went eight innings with only one run to get the Astros one win away from the World Series.

“(Valdez) was throwing harder than usual,” Cora told reporters following the loss, as seen on NESN’s postgame coverage. “The ball was moving. We didn’t hit the ball hard at all. We had two fly balls, if I’m not mistaken, and the home run. So credit to him. His sinker was unreal tonight. Unreal. You tip your hat to him and you move forward.”

Rafael Devers was the only Red Sox player to reach base twice, with his solo home run in the seventh inning the only sign of Boston anywhere near the scoreboard. He also singled, finishing 2-for-3. Elsewhere, J.D. Martinez got aboard on a walk and Christian Vázquez worked a double.

While Cora gave credit where it was due, he said he expects the Red Sox to be able to make up for it in a must-win Game 6.

“We know we can hit,” he said. “Two bad games doesn’t mean that all of a sudden we’re not a good offensive team. It’s just a matter of regroup, make some adjustments and attack from the first pitch on.”

Here are more notes from Wednesday’s Red Sox-Astros game:
— This is the first time the Red Sox have lost consecutive playoff games under Cora. They entered 5-0 following a loss, according to Jen McCaffrey of The Athletic.

— Devers’ home run did more than breathe life into the sleeping offense. With the shot, he recorded his 26th postseason RBI — the most for a player under the age of 25. His eighth postseason home run, it tied him with Mickey Mantle, Albert Pujols and Carlos Correa for the most by a player under 25.

— Prior to the game, Cora explained he took Nick Pivetta out of Game 4 due to the matchups coming up, despite the fact that Pivetta had been dealing. He continued to defend that tactic even though it seemed to backfire in the sixth inning, when Sale remained in to face the heart of the Astros order — and a pair of left-handed hitters.

“He was throwing the ball great. His stuff was really good. He was throwing 97 with a good slider. I understand how people think, but there were two lefties coming up too, in that pocket … Chris Sale is a lefty. He’s made a living getting lefties out.”

— Boston will move forward with the same lineup for Game 6, Cora told reporters after the loss. Nathan Eovaldi will get the start for the Red Sox.

— Game 6 of the ALCS is scheduled for Friday at 8:08 p.m. ET. The game will be broadcast on FS1, but NESN will air pregame coverage beginning at 7 p.m. ET and postgame coverage immediately following the final out. 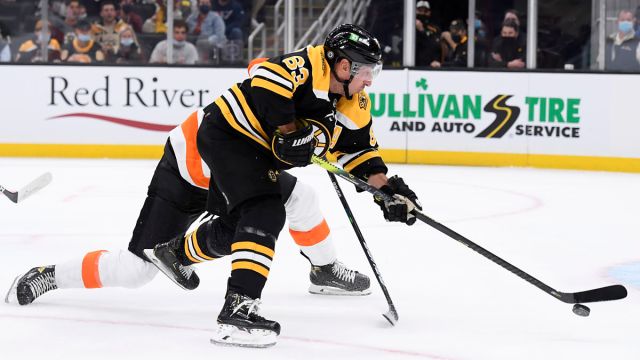 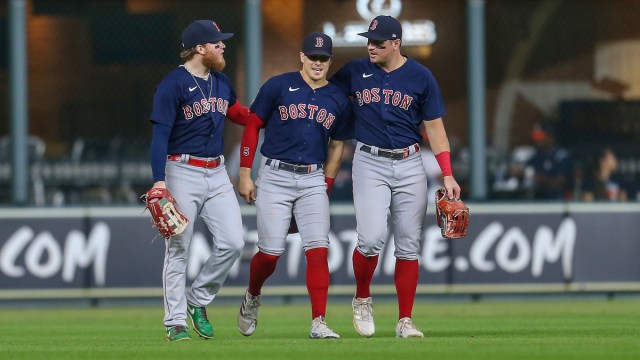