When Kyle Schwarber was traded to the Boston Red Sox at the Major League Baseball trade deadline, there were several questions about where he’d fit on the team.

The Red Sox really weren’t in the market for an outfielder. They wanted to try him at first base — a position he had never played — because of the struggling Bobby Dalbec.

Who could have guessed just how perfect Schwarber would be for Boston’s lineup?

“I’m not sure you can really speak about what Kyle Schwarber has added in terms of the positivity and the presence in the clubhouse and the clutch performance,” Red Sox president and CEO Sam Kennedy said Thursday during his appearance on WEEI’s “The Greg Hill Show.”

Schwarber has come in clutch several times for Boston, helping the team make the postseason and advance to the American League Championship Series against the Houston Astros. And even though some fans weren’t all that happy with the moves (or lack thereof) Boston made at the deadline, Kennedy was getting text messages hyping up the Schwarber trade.

But could anyone have predicted just how perfect the fit would be?

“No, he’s just perfect. He fits like a glove — his approach, the way he carries himself, the way he handles himself in the clubhouse, his calm presence, his clutch performance,” Kennedy said on WEEI. “I can’t tell you the number of texts I’ve got from his former general manager, Theo Epstein, who drafted him out of Indiana. His biggest fan, was just so excited while we were getting somewhat crushed at the trade deadline, (we had) lots of reminders from around the baseball industry about what an incredible addition Kyle would be, and obviously, that’s proven to be the case. He’s been just a huge addition to this 2021 club.”

Schwarber can opt out of his contract after this season, as his deal carries an $11.5 million mutual option for 2022. With how much he’s added to the Red Sox in such a short amount of time, it’s fair to wonder whether Boston will look into keeping him long-term.

“Yeah, I mean he’s a guy that fits like a glove, you’d love to see him around here for a long, long time,” Kennedy said. “So we’ll obviously get into that at the appropriate time. He’s been an incredible addition, hats of to (Red Sox chief baseball officer) Chaim (Bloom) and the baseball ops for bringing him on board.”

For now, Schwarber and the rest of the Red Sox will look to punch their ticket to the World Series. The ALCS begins Friday night at Minute Maid Park. 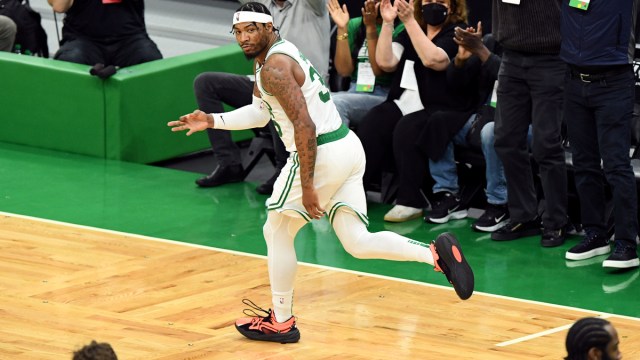 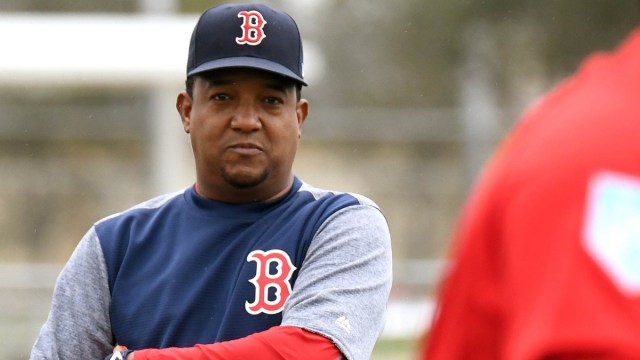 Pedro Martinez Opens About 2003 Incident With Don Zimmer In ALCS