At best, the trading of Gilmore to the Carolina Panthers is a cost-cutting move that hurts the Patriots on the field. At worst, it’s gross mismanagement of a disgruntled asset. The truth probably is somewhere in the middle.

But that rabbit hole is for a different story. The significant meat on that bone — Gilmore’s age and injury concerns; the reported contract dispute; Belichick’s mounting general manager misfires — must be hit from multiple angles.

For now, let’s focus on one question: Why is Gilmore apparently prepared to play for the Panthers under his current deal? It comes down to one of two things, and there isn’t much wiggle room.

In late August, when Gilmore first landed on the physically unable to perform list, NFL Media’s Ian Rapoport, among others, reported the star cornerback — who wanted a raise — was more comfortable being paid $7 million for an abbreviated schedule than a full slate. And the 31-year-old reportedly is prepared to do the same thing in Carolina.

Both sides are fine with Gilmore playing out the season for a prorated version of his 2021 salary, according to Jeremy Fowler of ESPN.

That already has generated debate over Gilmore’s true feelings about the Patriots. Why wouldn’t he just play for the same money for the Patriots, rather than the Panthers? Does Gilmore, in fact, hate New England so much that he’s willing to make the same money for one franchise that he was unwilling to accept from the Patriots? (This theory operates under the assumption that Rapoport’s initial reporting was inaccurate, and that Gilmore actually wouldn’t play without a raise.)

If you were listening to The Sports Hub at 3 p.m. ET on Wednesday, you know how Michael Felger and Tony Massarotti answered that question. And maybe it’s true. Maybe Gilmore, miffed over the contract disagreement, soured on New England and just wanted out.

But if that’s not the case, and Gilmore would’ve been fine playing half the season for anyone, including the Patriots, then you have to buy the Collins-salary cap theory.

Adam Schefter on Wednesday morning reported that New England needed to make salary cap adjustments not just to complete its signing of Collins, but also to have flexibility for the rest of the season. When Gilmore was approached about a restructure, he declined, thus clearing the way for his departure.

If that’s true, there’s no good excuse for it. That New England would roster build its way to a point where Collins, Gilmore and roughly $6 million created such a hard decision would be a huge referendum on Belichick, who spent a ton of money during the offseason.

Again, it’s a difficult theory to buy. So, too, is the notion that the Patriots couldn’t find other ways to keep both Collins and Gilmore on their roster. It wouldn’t be that hard.

And therein lies the rub: Both explanations — Gilmore quitting on New England; the Patriots making it all about the salary cap — are hard to believe. Even harder to believe is the idea that Belichick and Gilmore met, said, “It’s been real, love you, but let’s just move on.”

It has to be one of the other two.

One thing is for certain: The Patriots are a worse team now than they were at the beginning of the week. Regardless of how they and Gilmore reached this point, it never should have happened. 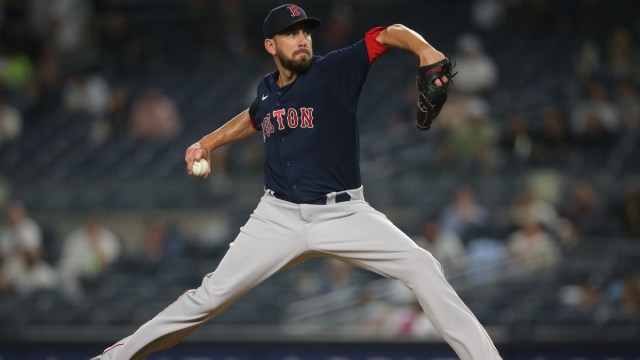 Red Sox Leave Matt Barnes Off ALDS Roster: How We Got To This Point 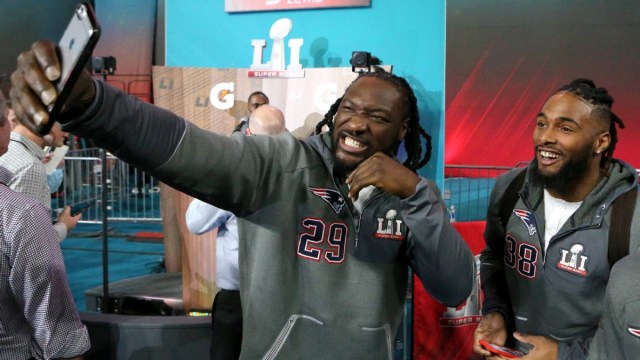