And with training camp all wrapped up and the B’s officially in regular season mode, here are 10 thoughts on the team before the puck drops on the opener.

— This might be the deepest the Bruins’ second-fourth lines have been in a while.

Although the David Krejci departure hurts, the Taylor Hall-Craig Smith combo on the second line wings are better than much of what has been trotted out in past seasons.

The third line might be a good landing spot for Jake DeBrusk, who seems like a great fit with Erik Haula, a steady veteran winger with scoring upside. It also helps that Nick Foligno won’t have to play a top-six role like he was doing in Columbus.

And the fourth line is loaded with options. The Curtis Lazar injury isn’t ideal, but Tomas Nosek was a great get, Trent Frederic seems like he has another level to give, plus the Bruins are loaded with depth options in the NHL and minors.

The committee approach is different, but also a sign that there is a fair amount of depth.

— We alluded to it above, but Haula might be the perfect partner for DeBrusk. He’s a smooth skater who can be a playmaker but also make things happen on his own.

Perhaps what hurt the DeBrusk-Krejci combo in the end is that Krejci loves passing and creating opportunities for his wingers, and that ended up putting a ton of pressure on DeBrusk, especially with the lack of an effective right winger.

That shouldn’t be nearly as much of an issue with Haula, and he might prove to be the type of center DeBrusk needs.

— Make no mistake, Jack Studnicka will be up at some point this season, and probably in the not-too-distant future.

He earned a roster spot out of camp, but simply was the victim of a roster crunch that left Boston with no choice but to make use of his waivers-exempt status.

Whether it is because of injury or ineffectiveness with an NHL player, Studnicka will get a shot. The Bruins have implicitly made that clear. For now, it is better for him to play a top-six center role in Providence than get pushed to the wing or fourth-line center in Boston.

— The reality with John Moore is that while he had a very solid camp, there was way higher of a likelihood that Jakub Zboril would get claimed on waivers than Moore. In the end, that’s probably what it boiled down to. That Moore made the opening night roster should be a sign that the Bruins still value him and what he can bring.

A prediction: Moore still plays periodically this season and does a fairly good job.

— An underrated nice story of this training camp: Anton Blidh. Not many sixth-round picks make it to the NHL, but Blidh for most of his professional career has, at the very least, been on the shortlist for NHL call-ups.

He played well enough to force Chris Wagner onto waivers, which shows how solid his camp was. His next task is beating Karson Kuhlman and/or Trent Frederic out for a spot in the game night lineup, but his best opportunity in the NHL is right in front of him.

Blidh has had decent success scoring in the AHL, and does a great job as a net-front presence. If he cracks a spot in the lineup, this will represent perhaps his best shot at grabbing hold of an NHL lineup spot, something that at 26-years-old, he has yet to do.

Again, a great story that he made the roster as the 13th forward. Now it’s time for him to make the most of it.

— The Bruins seem intent on trying Derek Forbort with Charlie McAvoy. If you would like a deep dive on why the might work, here’s a piece from earlier this offseason.

That said, there should be one objective in mind when Bruce Cassidy is determining who will play with McAvoy: Find the player that gets the absolute most out of him.

Anyone would look good playing with McAvoy, but the intent shouldn’t be getting the most out of Forbort or Matt Grzelcyk, because that’ll happen simply by virtue of playing them with McAvoy. Instead, it should be figuring out who of the two brings out the better version of McAvoy.

Who knows, maybe it will be Forbort. But in the end, McAvoy is who should matter most here.

— Linus Ullmark’s preseason performances are slight cause for concern, but try not to read into it too much.

He has a new system in front of him, missed the end of last season with an injury and it’s possible he tried experimenting with a few things during the preseason. Don’t pass judgment until well into the regular season.

— The Bruins continue to leave the door open for Tuukka Rask and Krejci to return. Of the two, it feels like Rask is more likely to return, but that’s just a hunch.

— Could this be the year Brad Marchand becomes a finalist for the Hart? His defensive game has been so, so good the last few seasons, and if he puts up another 100-point year like he did in 2018-19 (the last full season), he will have a very good case for himself.

— We had this conversation on this week’s NESN Bruins Podcast, but we’ll dive into it here, as well. It is tough to peg how good the Bruins are going to be this season, but any skepticism might simply be the product of not knowing what to expect. It has been a while since there has been this much turnover on the roster over the course of just a few seasons.

But what is most important to keep in mind is that the Bruins are not rebuilding. This still is a very good team, and the additions they made are indicative of a team that still believes its window to contend is open.

As mentioned above, the bottom nine forward group might be deeper now than they were in more recent years, and there really wasn’t a lot of turnover on defense.

Will things look a little different from a personnel standpoint? Sure. But don’t conflate that with the Bruins taking some sort of step back. 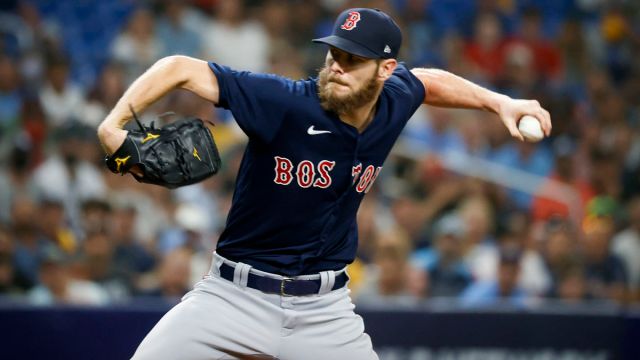