If the Boston Red Sox win the World Series this season — or come remotely close — they’ll have Rafael Devers to thank for much of that.

The third baseman has come up clutch all season, but against the Washington Nationals in the last game of the regular season with a lot on the line, he batted 4-for-5 with three runs, four RBIs, and two home runs.

After a solo shot got Boston on the board in the top of the fourth, Devers blasted another — a 447-foot, two-run homer in the ninth — to prevent extras and take a 7-5 lead.

It also helped them clinch a spot in the American League Wild Card Game to continue their season.

“I know the implications of these games,” Devers said after the win. “These games are extremely important, obviously, to get to the Wild Card again. I’m gonna repeat, nobody believed in us in the beginning of season, nobody believed in us halfway through the season. And you know, just anything possible to help the team win. Obviously our next goal is the Wild Card and then get through, get through the second round. But anything I got to do possible to help the team and help us have success.”

If Devers felt any pressure before the game, his teammates and staff never would have guessed.

Manager Alex Cora claims Devers was calm, cool and collected in the clubhouse all day, playing card games and even making wagers on Manchester City’s Premier League draw with Liverpool.

“Raffy, he’s been — I don’t want to say he’s been off, right? Chasing some pitches, whatever,” Cora said of Devers after the game. Right away, when he went the other way in the first inning, we felt that it was going to be a great night for him. Stay humble with your approach and control the strike zone and use the whole field, and that’s what he did. He’s an amazing talent. He’s been there, done that.”

Indeed. He now has 38 home runs — more than any player in Red Sox history before their 25th birthday. And he made sure his team will have at least one more game in Boston.

“No moment too big for him,” Cora said. “He was able to slow down the game again and had an amazing night.” 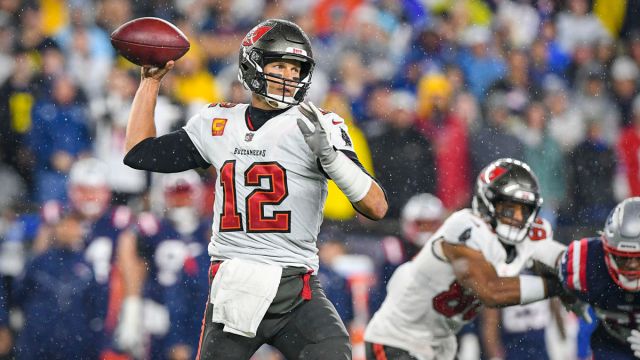 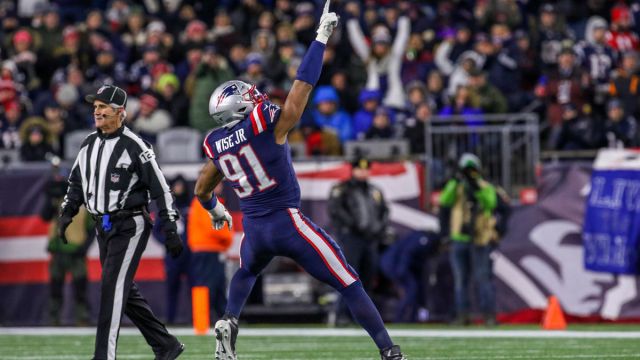 Cris Collinsworth Gets Shredded For Bizarre Comment During Patriots-Bucs