Devers hit a sole home run in the seventh inning of Wednesday’s loss, and in doing so etched him name in a pair of league-wide record books.

First, Devers tied himself for the most postseason home runs (eight) by a player before turning 25 years old. Mantle, Pujols and Correa, who was in the opposite dugout, are the only other players to do so, according to MLB Stats.

Devers entered the record book for the most-ever postseason RBIs (26) before turning 25, as well, according to MLB Stats.

Devers was Boston’s only player with multiple hits (2-for-3) against the Astros.

Perhaps it made Game 5, which was otherwise disappointing from the Red Sox perspective, a bit better knowing they have a franchise cornerstone continuing to play high-level baseball? 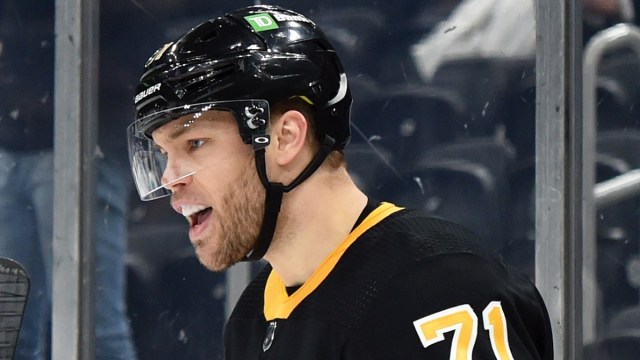