The Boston Bruins have a lot to be happy with from their Opening Night performance.

The B’s largely controlled play Saturday night in a 3-1 win over the Dallas Stars at TD Garden. Brad Marchand had two of the goals, Jake DeBrusk began his potential bounce-back campaign with the winner and rookie goalie Jeremy Swayman picked up where he left off last season.

It was a performance that inspired optimism for what’s to come, and Marchand was more than happy to sing the praises of DeBrusk and Swayman.

“Sway, I love that kid,” Marchand told reporters after the game. “He’s such a good person in the room and off the ice. He fits in great, he’s so genuine and he’s been very calm from the first day he’s been here. He has a confidence in the net that he’s going to play well, and he’s continued to impress. I’m very excited to see how his season is going to go, but a great showing tonight, and he was great all camp.”

Marchand later added: “I’ve been really happy with the way (DeBrusk) played. Jake’s a guy that feeds off confidence, and he has it right now. But even the way he’s carried himself off the ice, he has a much better energy about him and a lot more excitement this year. He’s a guy we’re going to rely on if we’re going to go far. He can be such a difference-maker with the speed and his ability to put pucks in around the net like you saw (against the Stars). … His details, when he takes care of them, he’s a hell of a player.”

The Bruins now have a few days off before returning to game action Wednesday in Philadelphia against the Flyers. 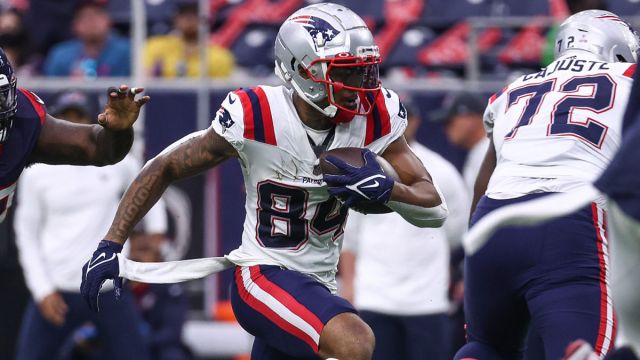