It was a strong start to the game for the Boston Red Sox on Friday during Game 2 at Tropicana Field against the Tampa Bay Rays — an eventual 14-6 victory in the American League Division Series.

The Red Sox scored two runs on four hits and one walk before an inning-ending double play ended their bases-loaded threat. However, Boston’s once 2-0 lead was gone rather quickly even with starting pitcher Chris Sale on the mound.

Sale allowed five runs on four hits and one walk in a 30-pitch first inning. The Red Sox returned to the dugout trailing 5-2 as the host Rays took all the momentum behind a red-hot start.

But the words of Red Sox manager Alex Cora seemed to be exactly what the group needed to hear.

“It was definitely a little deflating at first, but I just remember going into the dugout and (Cora) is coming up and down the dugout just (saying), ‘It’s all right we got a whole game! We got eight more innings! Let’s go! Keep going!'” Alex Verdugo said after the game, as seen on NESN’s postgame coverage. “And I felt that really set the tone.”

Cora added a little more insight into what he was feeling at the time, too.

“It was a 3-0 game. We’ve been behind 3-0 plenty of times,” Cora said, as seen on NESN. “So we put a good inning in the first one. … It was just a 3-0 game in the second inning. That’s the way we saw it. Obviously, we had to make adjustments. Tanner (Houck) came in and did an outstanding job. But offensively, it was like ‘Hey, don’t panic. We put two (runs) in the first and we still got eight innings.’

“They did an amazing job the whole night,” Cora said.

The Red Sox tied up the series with their Game 2 win over the Rays and now have the privilege of heading back to Boston with home-field advantage. Game 3 will be held Sunday with first pitch scheduled for 4:07 p.m. ET, and pregame coverage starting at 3 p.m. on NESN.

What Alex Cora Has Seen From Chris Sale During Recent Struggles 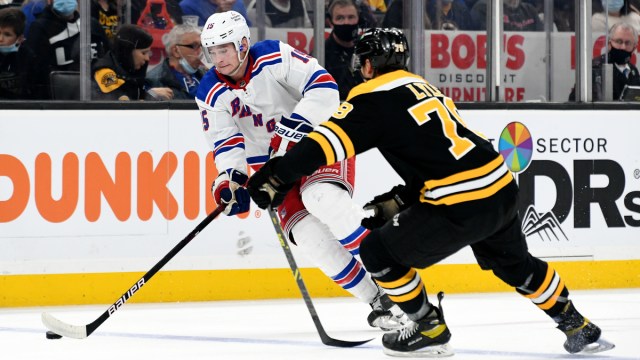