The mood inside the New England Patriots’ locker room was celebratory after Sunday’s come-from-behind win over the Houston Texans.

The Patriots rallied from 13 points down in the second half to score a 25-22 road victory and snap a two-game losing streak. A team-released video captured head coach Bill Belichick’s postgame address.

“That’s a way to keep fighting,” Belichick said. “We needed 60 good minutes of football, and we got 30. That’s what we said at halftime. We got the 30 we needed. Big plays all the way around. The blocked punt, that was a big play. That really changed some momentum. Defensively, after the touchdown to start the third quarter, we shut them down. Offensively, how about this offensive line?”

That final shoutout drew a large cheer from the team. The Patriots played without four of their usual O-line starters Sunday, and their replacements (Ted Karras, James Ferentz, Justin Herron and Yodny Cajuste) held up remarkably well, allowing just one sack and four quarterback hits and paving the way for a productive rushing performance (126 yards; 4.2 per carry).

Special teams captain Matthew Slater also tipped his cap to New England’s big bruisers before his traditional locker room breakdown. Slater saluted rookie quarterback Mac Jones (23 of 30, 231 yards, one touchdown, one interception) and kicker Nick Folk (4-for-4 on field goals, including a 21-yard game-winner in the final minute), as well.

The 2-3 Patriots will face a difficult test this Sunday when the 4-1 Dallas Cowboys visit Gillette Stadium. 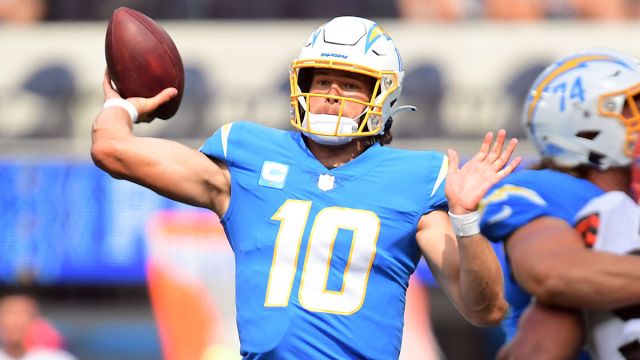