The Boston Red Sox certainly had their doubters at the start of the season. Prior to Opening Day, sportsbooks had them as high as 35-to-1 to win the American League — which they are now two wins away from doing, with a 2-1 series lead over the Houston Astros in the AL Championship Series.

This Boston squad had some major question marks, given that ace Chris Sale was in the process from rehabbing from Tommy John surgery, Eduardo Rodriguez was back after myocarditis caused him to miss the 2020 season, and a handful of players came and went in the offseason.

But one of those newcomers, outfielder Hunter Renfroe, revealed that the doubts never quite settled in the Red Sox clubhouse. The team believed as early as spring training that they that had what it would take to compete all the way into October.

“When I came over here, obviously, Sale was coming back, Evo, E-Rod was coming back. We had some pieces that were falling into place. J.D. came off to a hot start and Rafi and Bogey. They really did a great job,” Renfroe told reporters Tuesday. “I think that’s kind of when we first started thinking we had something special was in spring training. We knew the pieces that we had, and we knew Sale was coming back at the end of the year. As long as we came off to a hot start, we had a chance to be where we are right now.

We kind of knew then in spring after a few games that we had something special.”

After finishing the regular season with 92 wins, the Red Sox fought through the AL Wild Card Game and a series against the division champion Tampa Bay Rays to get to the ALCS, where a dominant offense has given them a clear path to the Fall Classic.

And while you may be surprised, rest assured that the Red Sox saw this one coming. 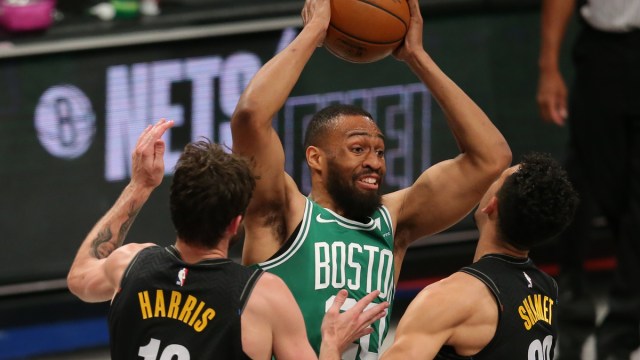