FOXBORO, Mass. — Like many who played at Alabama before being drafted by the New England Patriots, Christian Barmore has enjoyed the best coaching any football player could hope for. You really can’t do any better than transitioning from Nick Saban to Bill Belichick.

You’d think having played for Saban would help prepare Barmore for life with Belichick, right? Well, probably, but when asked that very question Thursday afternoon, Barmore instead focused on something he prefers about Belichick over Saban.

“(They’ve) got different styles,” Barmore said at Gillette Stadium after Thursday’s practice. “Coach Belichick, to me, I understand him a lot more. Coach Saban didn’t talk a lot. … Coach Belichick (will) come talk to me, and I really appreciate that.

“I’m learning from him, definitely.”

Barmore clearly has taken to Belichick’s coaching. The rookie defensive lineman, who drew rave reviews from his teammates during training camp, has carved out a consistent role in New England’s defense — a rarity for a Patriots rookie.

Barmore, like the rest of New England’s interior defensive line, has endured some struggles in defending the run but has been impactful as a pass rusher since Day 1. You could make the case he already is more useful as a sub-rusher than Adam Butler, who left the Patriots in free agency during the offseason.

That Barmore embraces open dialogue with Belichick only will help him as his career progresses. 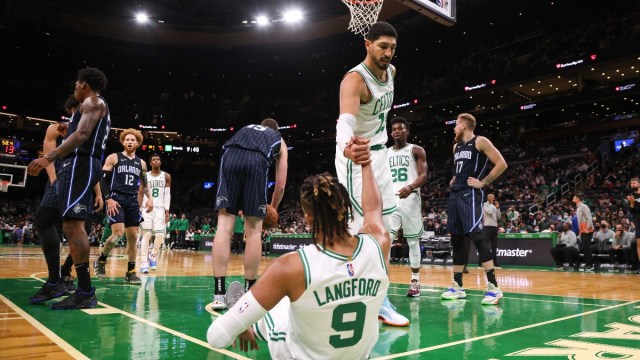 Why Celtics Believe Fighting Each Other In Training Camp ‘Great’ Development