After missing the Wild Card Game and the first game of the American League Division Series with an ankle injury sustained in the regular-season finale, J.D. Martinez returned to the Boston Red Sox lineup for Game 2 of the ALDS.

Naturally, he was the hero with a go-ahead home run that laid the foundation for a 14-6 comeback victory over the Tampa Bay Rays.

And while he showed much of his usual power and pomp — save for when he was replaced by a pinch runner following his fifth at-bat, Martinez popped up in an unusual spot in the lineup.

The designated hitter was slotted in as Boston’s No. 6 hitter, marking the first time since 2017 that he hit out of that spot. Overall, he has 77 regular-season appearances in that position in the order.

Based on how Friday went, Cora is ready to give it another shot.

“I loved it,” Cora told reporters Friday. “I thought about it this morning, and I’m like that’s pretty good right there. That’s good balance, a bunch of athletes in front of him, guys that they’re getting on base at a high rate, including Alex, who’s been amazing against righties throughout the season.

So we’ll keep it like that. Against righties, that’s going to be our alignment. We’re going to keep it (Kyle Schwarber), (Kiké Hernández), (Rafael Devers), Xander (Bogaerts), Alex (Verdugo) and J.D. and go from there.”

If Cora sticks to his word, the Red Sox should go with that lineup Sunday, when the series heads to Fenway Park for Game 3. Boston is up against rookie right-hander Drew Rasmussen, while Nathan Eovaldi will get the ball at home.

Sunday’s game will air on MLB Network, with first pitch at 4:07 p.m. ET. You can watch pregame and postgame coverage on NESN. 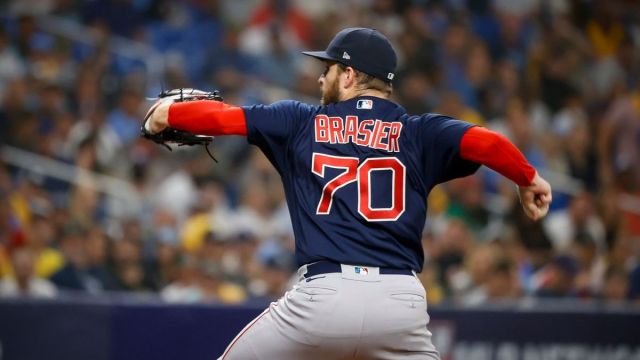 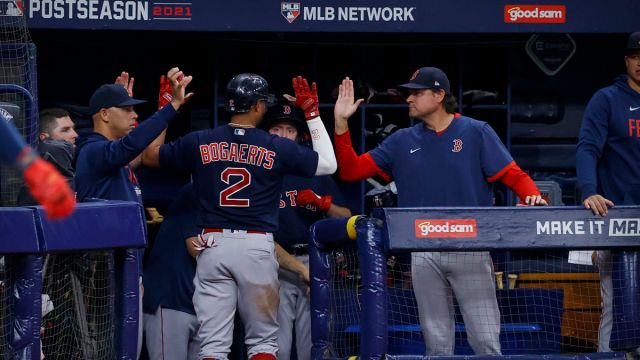