FOXBORO, Mass. — Sunday’s final score wasn’t fully indicative of how the Patriots really played against the Titans, but that doesn’t mean New England still shouldn’t feel great about its 36-13 victory.

“Good football team (the Titans), a lot of good competitors, tough guys there,” Belichick said during his opening statement. “Proud of the way our guys stepped up. We missed some opportunities in the game but again, we’re going up against a good team. It’s going to happen. But in the end we were able to not turn the ball over and take the ball away. … I thought our special teams came through for us again and good coverage, and you know, competitive yard in the return game.

“Gunner (Olszewski) really helped us out at the end of the half and had a couple sparks there and thought we covered well and Nick (Folk) banged them through like he usually does. Good all-around effort. Again, left some plays out there. Certainly, some things we could have done better.”

Highlighting a punt returner and a field-goal kicker before any other players after the biggest win of the season is as Belichick as it gets.

All in all, Belichick, still sporting the cough and raspy voice he displayed all last week, was upbeat after New England’s sixth straight victory. However, his postgame conference wasn’t without awkward moments.

Reporter: “Bill, one of the mantras we’ve heard coming out of the locker room and from players over the years is, ‘Football season starts after Thanksgiving.’ Is this team coming together and (where it wants to be) heading down the stretch toward the final months?”

Belichick was similarly brief when asked about the Titans racking up 270 rushing yards on 39 carries.

“They did a better job of coaching it than we did,” Belichick said. “We have to coach and play better.”

Belichick was particularly effusive in his praise for Patriots receiver Kendrick Bourne, who had two touchdown receptions.

“KB has given us a lot of explosive plays through the course of the year,” Belichick said. “He made a great catch and run here today and I thought Jakobi (Meyers) made a really timely block on the sideline to kind of get KB down there and KB ran well on the sideline, didn’t go out of bounds, fought for the extra yards. Had a nice stiff arm. Finished the run, so that was it. It was a great play by KB. He’s done that a few times.

“You know, those explosive plays are just such game-changers and obviously today we didn’t do a great job in the red area. We left a lot of points on the field but when you get a play like that where you can run it in last 40 yards and not have to — not have to run a dozen plays down in the red area makes it a lot easier. Love to see those plays happen. Obviously missed a couple opportunities there earlier in the game. But that was a great play.”

The Patriots now are 8-4 and in sole possession of first place in the AFC East. They’ll put their six-game winning streak on the line next Monday night when they visit the 7-4 Bills. 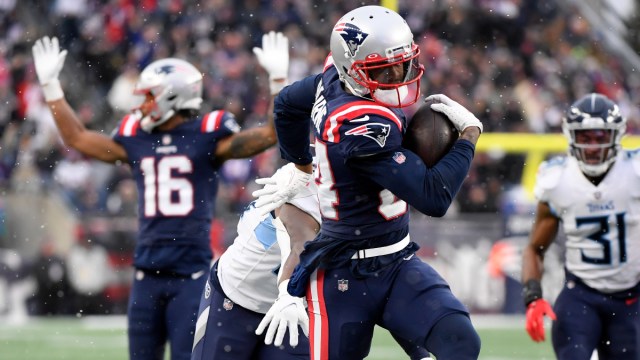 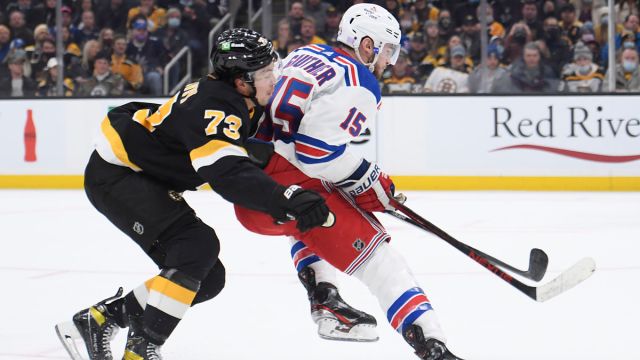 Charlie McAvoy, Derek Forbort Back Together For Bruins Vs. Canucks