BOSTON — Brandon Carlo is not mincing words. He knows his third period Thursday night was woeful.

To be fair to him, it wasn’t entirely his fault. The Bruins had a collective meltdown in the final 20 minutes, watching their 3-2 lead slip away as Boston fell 5-3 to the Edmonton Oilers.

But Carlo was at the center of two ill-fated plays.

“That’s just one of those nights. The third period, one of the worst ones that I’ve had in my NHL career,” Carlo said after the game. “But overall, you’ve got to take it, learn from it. Things just got away from us a little bit, I didn’t respond very well. But overall, a great learning experience.”

Both missteps resulted in a goal for Leon Draisaitl.

The defenseman misplayed a puck in front of his own net as the Bruins tried to clear their zone, and in doing so batted it right to Draisaitl, who finished the tying goal with ease. Then Carlo got spun around just over three minutes later, which allowed Draisaitl to get prime positioning in front of the net. Cody Ceci slipped a pass through, and Draisaitl converted.

Scoring the go-ahead goal in the second period was a bright spot in an otherwise difficult night for Carlo.

He was on the ice periodically against the Connor McDavid line, and to little fault of Carlo’s, he hardly could keep up with the NHL’s best player. He almost was embarrassed in the first period, too, when he blew a tire skating backwards in the neutral zone, which allowed for a Kailer Yamamoto-McDavid 2-on-1. Linus Ullmark responded with his best save of the night.

It’s page-turning time now for Carlo, as the Bruins now travel to New Jersey on Saturday to face the Devils. 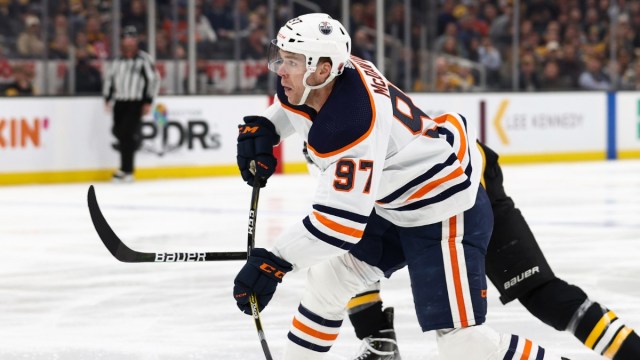 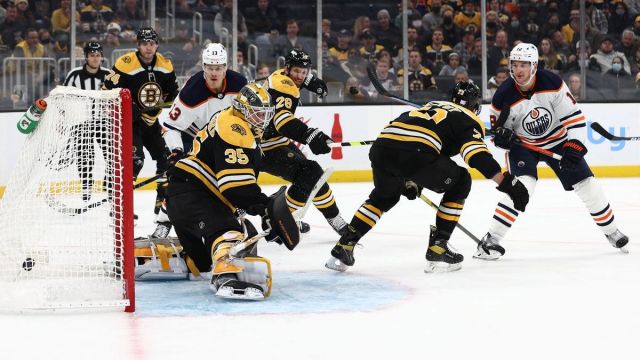