The Dan Vladar trade can only be described as mutually beneficial, and the Boston Bruins are happy to see things have worked out for the young goalie.

The 2015 third-round pick came up through the Bruins’ system, getting a few cracks at NHL work over the previous two campaigns entering this offseason. But with the Bruins committing big money and term to Linus Ullmark, and Jeremy Swayman also NHL ready, Vladar was the odd man out.

The Bruins spun him to Calgary, with the Flames sending back a 2022 third-round pick. Now, Vladar gets to serve as the backup to Flames No. 1 Jacob Markstrom.

It’ll be Vladar in net Sunday when the Flames visit the Bruins, and he can rest assured the team on the other side has nothing but positive thoughts for him.

“I’m happy it’s going well for him,” B’s head coach Bruce Cassidy told reporters after Sunday’s morning skate. “He was a good Bruin, worked hard, a couple of tough injuries that limited his time in Providence. He came over here at a young age, great kid. We had him and Swayman. They’re equally hardworking kids, but he played some good games for us, Dan.

“So, again, I’m happy for him, I hope our guy outplays him tonight, don’t get me wrong, but I’ve got nothing bad to say about Vlad. He was a good pro, he was well-liked in the room, he’s got some talent. I think he’s in a good spot behind a guy like Markstrom who plays a lot, so he can learn his craft at the NHL level without being forced to be the guy every night. I think that helps, so good for him. I’m sure Sway’s going to want to put his best foot forward against him, so it should be a good battle between goalies.”

Puck drop for Bruins-Flames is set for 7 p.m. ET on NESN, with pregame coverage starting at 6 p.m. 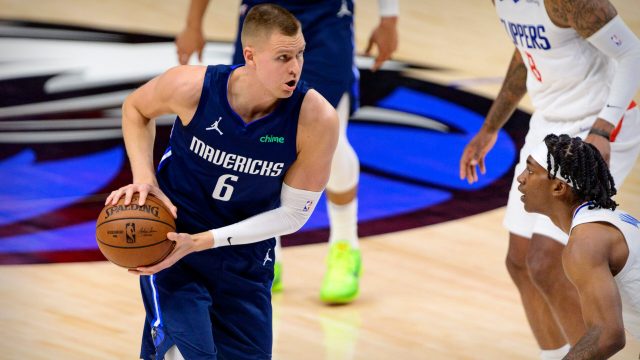 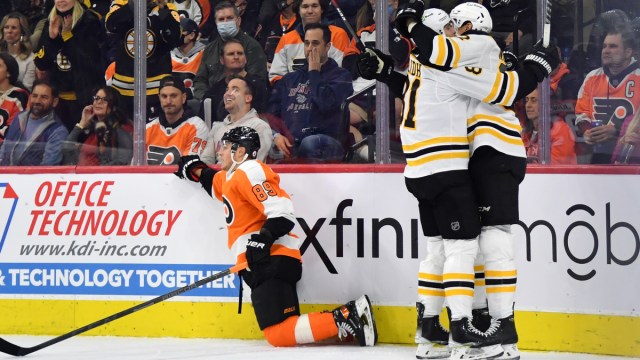