Trent Frederic is making steady progress, but isn’t quite ready to return to the ice just yet.

The Bruins forward was leveled during Boston’s game against the Ottawa Senators on Nov. 9 by Josh Brown. The hit knocked him from the game and Frederic has not played since.

The good news, though, is that Frederic was spotted wearing a red non-contact jersey during Saturday’s morning skate. Head coach Bruce Cassidy provided an update on Frederic after practice.

“Once he’s out with us the next part of it is contact,” Cassidy told reporters. “They’ll let me know when that will be. Obviously, he’s not playing this weekend, we know that much. But Wednesday comes into play if he’s full contact Tuesday, but until he’s in that normal color sweater he’s unavailable.”

Fortunately for the Bruins, Anton Blidh has fit in quite nicely in the absence of Frederic.

Boston, after a five-day layoff, returns to the ice Saturday night when it takes on the Philadelphia Flyers. Puck drop from Wells Fargo Center is set for 7 p.m. ET. 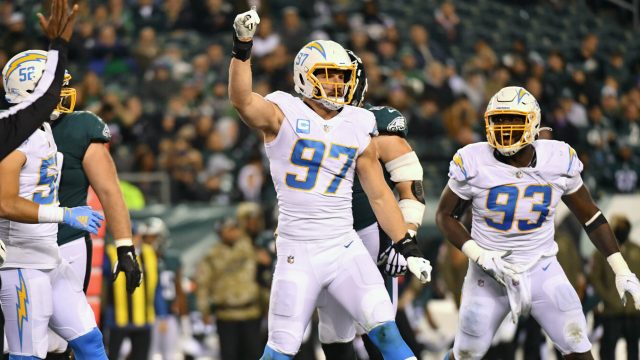 The Chargers will have Joey Bosa on Sunday night 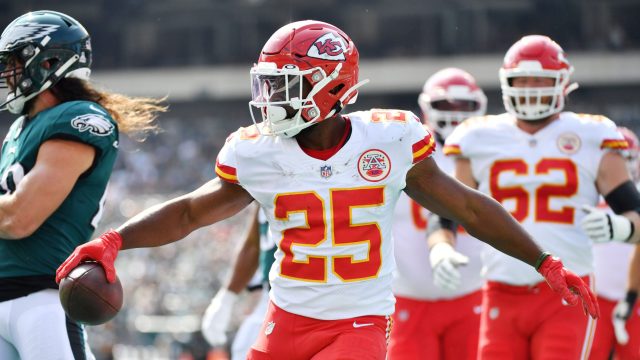