BOSTON — The Bruins scored five goals on the second night of a back-to-back against the Montreal Canadiens on Sunday at TD Garden, and arguably the best part was that their offensive production came from those other than Boston’s top line of Patrice Bergeron, Brad Marchand and David Pastrnak.

The Bruins received two goals from top defenseman Charlie McAvoy and another two from second-line center Charlie Coyle — both of which came during a four-goal third period in a 5-2 comeback win. It marked the second and third goals of the season for McAvoy and the fourth and fifth goals for Coyle.

“For us, as a team, I think when other people are on the scoresheet it’s always good for the room. It’s good for morale for guys. It’s good for everybody,” Cassidy said during a postgame press conference. ” ‘Hey, we can beat you in different ways.’ We want to be that team. … So maybe this is something that will snowball for us.”

Coyle, who scored a pair of goals during a span of three minutes, seven seconds, echoed similar sentiments.

“It’s nice when the results are kind of spread out amongst guys, kind of gives other guys more confidence, too, to keep playing, everyone wants to contribute in your own way,” Coyle said after the game. “Whether you’re on the scoresheet or not to do your job, plenty of guys were doing that, but to score, to make a good play, get a good assist, good pass — that does help. And that’s what will happen. When guys do their job and play well that usually gets kind of dispersed throughout the team. And everyone kind of gets rewarded in their own away. But you like to see it. It’s a group effort. When everyone does their job like that and works hard, you want everyone to be be rewarded so it’s nice to see.”

Here are more notes from Bruins-Canadiens:

— A common theme in the locker room after Sunday’s game against the Canadiens was the history behind the Original Six matchup, and Boston’s mindset entering the game because of it.

Jeremy Swayman — playing in his first rivalry game — admitted it was something Boston’s leadership group made a note of leading into the contest.

“It’s special, and you don’t really understand until you’re on the ice playing,” Swayman said when asked about his initial impressions of Boston-Montreal. “And you know, our leadership group made a point of it that this is an Original Six matchup. They don’t come in here and bully us. So that was a fun game to be a part of, definitely will remember it for a long time and obviously happy to get the win.”

— Swayman got the start in net for the second straight day, despite Boston previously having rotated on back-to-backs with Swayman and fellow goaltender Linus Ullmark. Cassidy explained why he went with Swayman after the game.

“That was a gut feeling that, the one part of having a two-headed monster in net is now you’re trying to get two goalies going and I think with the amount of games we’ve had, it’s been a tough challenge for both of them to sort of get into their rhythm. So I guess after the other night I said, ‘Well we’ll get one going and then work on the other one and get him going.’ It just happened to be Swayman.”

— McAvoy, who recorded his first career multi-goal game Sunday, noted how the Bruins have continued to put an emphasis into getting more pucks on the net. Boston unleashed 41 shots on goal during the win, showing that it worked.

“I think one of our mindsets today was just as a group to shoot more. Get pucks on net. See what happens. Shoot. Shoot everything,” McAvoy said.

— Taylor Hall celebrated his 30th birthday Sunday and recorded both an empty-net goal and an assist in the win.

— The Bruins now have some time off before traveling to the Philadelphia Flyers on Saturday. 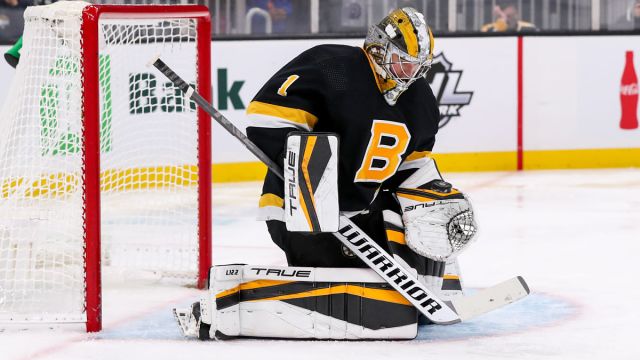 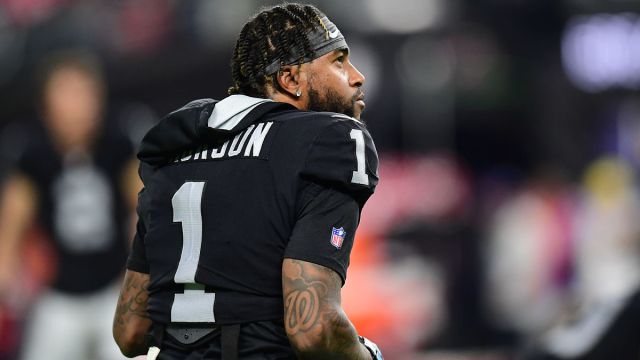