Bruins Notes: Brad Marchand Should Be Viewed As Model To Teammates Skip to content

BOSTON — The Bruins owe quite a bit to Brad Marchand after Sunday’s game against the Vancouver Canucks.

Boston completed a come-from-behind victory at TD Garden, but only because Marchand rallied late in the third to score the equalizer and assist David Pastrnak on the winning goal in a 3-2 victory. The Bruins fell victim to a load of early penalties, and while the Canucks only capitalized on one, it was clear the home team needed a burst of energy late.

Marchand provided it, sticking with a tough physical game until everything finally paid off.

After the game, head coach Bruce Cassidy didn’t hold back in speaking about the role Marchand played in getting the Bruins to 11-7 on the season.

“The second period was starting to get away from us a little bit in terms of dictating play,” Cassidy said. “And (Marchand) went out and had a couple solid hits and then all of a sudden (Trent Frederic) finishes a check and it snowballs a little bit.

“He (Marchand) can help you win in a lot of ways,” Cassidy continued. “We saw it offensively. Been seeing it on the power play, penalty kill here for years. Physical part was good … He’s our best player. Plays the most minutes of any forward on our team. You hope it rubs off on other guys.”

Marchand finished the night with a goal and a helper on five shots with a game-high five hits.

“We definitely didn’t play the way that we can in the second, which we haven’t been able to string together too many real good 60-minute efforts,” Marchand said. “But I think we’ve got to be happy with the way we were resilient in the third.”

— Trent Frederic returned after missing seven games with a concussion, which he suffered after a huge hit from Josh Brown in the Bruins’ Nov. 9 defeat of the Ottawa Senators.

But he didn’t fit right back into where he was before. Rather than skating on the wing, he centered the third line with Nick Foligno and Karson Kuhlman. Jake DeBrusk and Erik Haula both were healthy scratches.

Frederic finished the night with three shots on goal in 11 minutes of ice time, and even got into a little scuffle with Bo Horvat.

All in all, it was a pretty successful return.

— Linus Ullmark got the start in net after missing two games with a minor injury. He was scheduled to play last Wednesday against the Buffalo Sabres, but Jeremy Swayman took over instead after Ullmark tweaked something.

He last played Nov. 20, getting the win on the road against the Philadelphia Flyers. In the interim, Swayman went 1-2. Ullmark finished with a season-high 36 saves.

— The former Bruins goaltender revenge tour, which kicked off last Sunday when Dan Vladar came to town with the Calgary Flames, continued this week with Jaroslav Halak between the pipes for the Canucks. Halak finished with 39 saves.

— Fresh off of a defeat of the Tennessee Titans, New England Patriots wide receivers N’Keal Harry and Jakobi Meyers were on hand for this one.

— The Bruins host the Detroit Red Wings on Tuesday at 7 p.m. ET. You can watch it live on NESN. 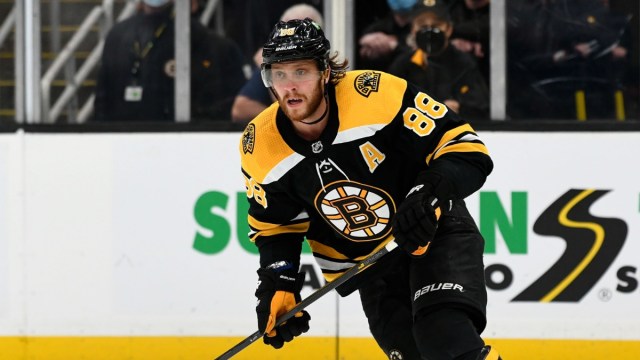 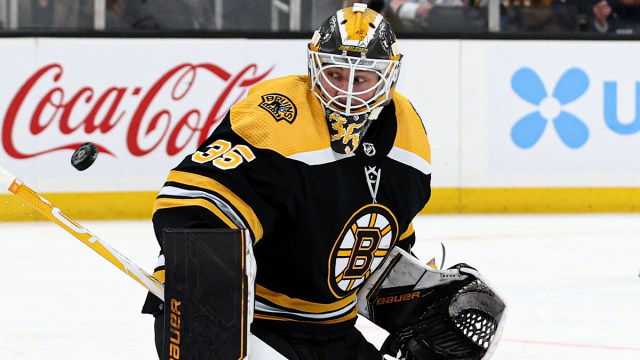