The Boston Bruins received important contributions from up and down the lineup during Saturday’s 5-2 win over the Philadelphia Flyers, and one player who fit that bill was top-line defenseman Derek Forbort.

Forbort earned the first multi-goal game of his career, finishing on pair of second-period tallies to help Boston take a 3-2 lead into the final frame. Forbort now has a career-high four goals this season.

Bruins head coach Bruce Cassidy, who called Forbort’s contributions a “nice bonus,” explained what he’s seen from the blueliner, who has three goals in the last five games.

“It was fortunate today, he got one I think they (Flyers) put in, but he’s putting it on net. He’s shot-ready. The other one has just been up in the play, it’s happened a couple times now it’s been up in the play, and his release is good,” Cassidy said, as seen during NESN’s postgame coverage. “He’s hit the net when he’s had opportunities whereas some of our other guys have been off net. Not saying that’s why he has goals, but he’s put himself in a position to at least get on the score sheet by hitting the net on his opportunities.

“I think he’s a smart hockey player in general. Every time he’s scored he’s kind of found the right spots, a couple of had eyes, but they’ve been on net like I said. So good for us, we need it,” Cassidy said.

Here are some more notes from Bruins-Flyers:

— Saturday marked the second straight game — yes, dating back to Sunday’s win over the Canadiens — where the Bruins benefitted greatly from their secondary scoring.

“Charlie (McAvoy) had a couple the other night and you’re starting to see us go from scoring two goals a game to now we’re at four and five,” Cassidy said. “And I think it’s got to be, certainly not saying always by committee, expect your top guys and power play to perform, but the secondary scoring has to come from the D as well. There’s six of them and we expect them to pitch in and they have.”

— Craig Smith returned to the lineup Saturday after being out since Nov. 11 and further provided that secondary scoring. The third-line winger recorded a goal and assist for two points and expressed how he’s happy with the direction the team is headed.

— McAvoy was happy to see Smith score in his return, as well.

“Yeah, really happy for Smitty. I mean, he’s a tremendous hockey player and, you know, he was playing to his strengths,” McAvoy said, as seen on NESN’s postgame coverage. “He’s special. He’s able to do a lot of things that really, you know, we value and are so happy for him to be back in the lineup and to contribute. And, you know, to see that big smile.”

— While Boston’s depth has been a topic of conversation, that’s not to overlook top-line winger David Pastrnak’s recent stretch. Pastrnak, who recorded a pair of points on one goal and one assist, continued his six-game point streak Saturday.

— The Bruins recorded their third straight win for the first time this season. Boston will return to TD Garden on Sunday against the Calgary Flames. Puck drop is set for 7 p.m. ET, and you can watch it live on NESN. 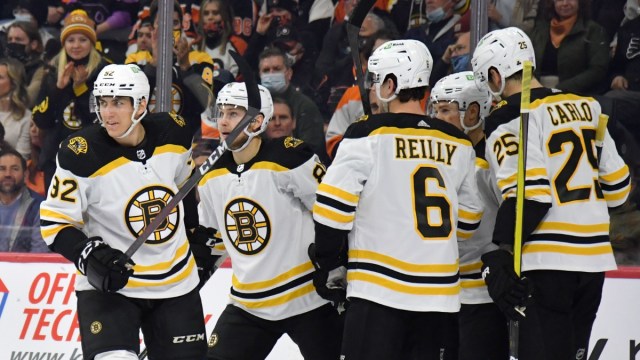 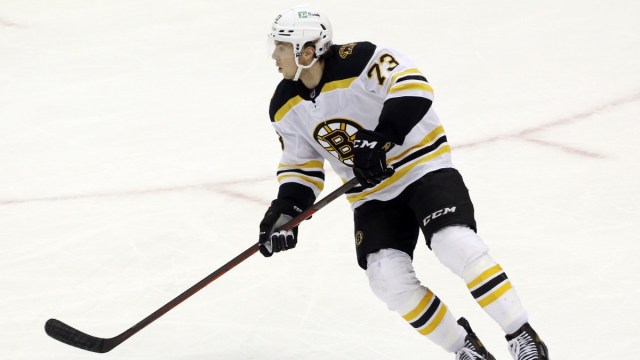