BOSTON — Patrice Bergeron certainly had to work hard to net his fifth goal of the season.

The Boston Bruins welcomed the Ottawa Senators to TD Garden for the first time this season Tuesday night and the game didn’t disappoint.

Ottawa jumped out to the first lead of the night, but deep into the wild second period the two squads sat knotted at two before Bergeron found the back of the net for the eventual game-winner but it definitely wasn’t easy.

With the Bruins on a power play and a broken stick in the O-Zone, David Pastrnak tried wrapping a pass to the Bruins captain but the puck reflected off of the battered stick. Somehow Bergeron trapped the puck in the air with his leg, then all in one motion turned and rifled it past Ottawa’s Matt Murray to clinch the game for Boston.

Bergeron gave a look into his mindset as he watched the puck come towards him off of Pastrnak’s stick.

“I was hoping it wasn’t going to touch it but when it did, I was just trying to make sure I was able to control it right away and try to surprise the goalie and put it on net as quickly as possible,” Bergeron said. “I think he was thinking pass on that when the guys going backdoor, that’s kind of what I was seeing as well so I was trying to put it short-side.”

After a slow start, Bergeron seems to finding his groove and Boston has needed everything the 36-year-old has been able to provide it. Bergeron tallied just three points across the Black and Gold’s first seven games, but has erupted over the squad’s last three games with six points over the span — including all five of his goals on the young season.

Bergeron certainly surprised the Senators’ netminder and the Bruins have got to be happy about it after earning their sixth win of the season. 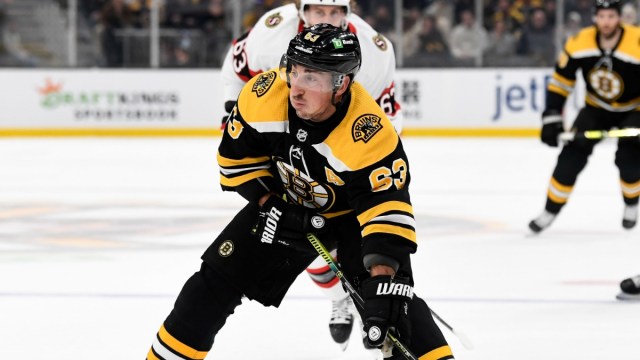 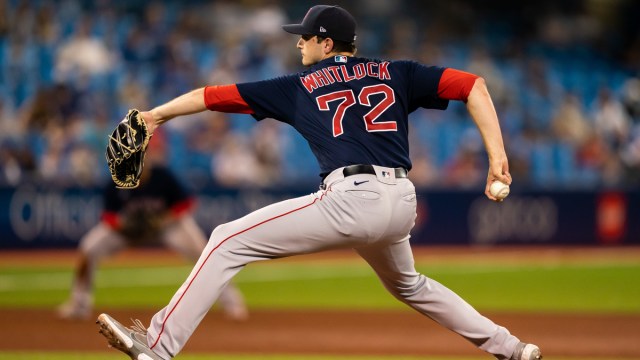