We know the Matt Grzelcyk-Charlie McAvoy defensive pairing can be one of the best in hockey when it’s on.

And when the Bruins face the Buffalo Sabres on Wednesday, that duo will be reunited.

Grzelcyk has spent much of this season with Brandon Carlo, but he was struggling to get anything going. The 27-year-old wasn’t bad, but he wasn’t at the level he usually is. Grzelcyk was skating with McAvoy during Tuesday’s practice in Brighton, Mass., with Derek Forbort moving down to play with Carlo.

The hope is McAvoy could jumpstart Grzelcyk.

“Gryz and Charlie have played well together, we know that,” Bruins head coach Bruce Cassidy told reporters Tuesday morning. “Gryz, I think right now, is off a little bit, and I think playing with Charlie a little bit will get him back on track. They tend to play well together. Gryz and Carlo, they’re just average, so that’s one of the reason.”

Mike Reilly will stay on the third pairing with Jakub Zboril, the latter of whom is on his off right side. Cassidy likes what he’s seen from the pairing, and is hoping playing with Forbort could help Carlo out — citing that Carlo played some of his best hockey with Zdeno Chara, who served that shutdown role.

Puck drop for Bruins-Sabres on Wednesday is set for 7 p.m. ET on NESN, with pregame coverage beginning at 6 p.m. 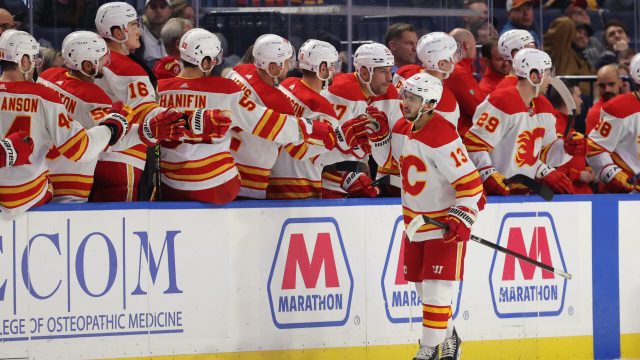 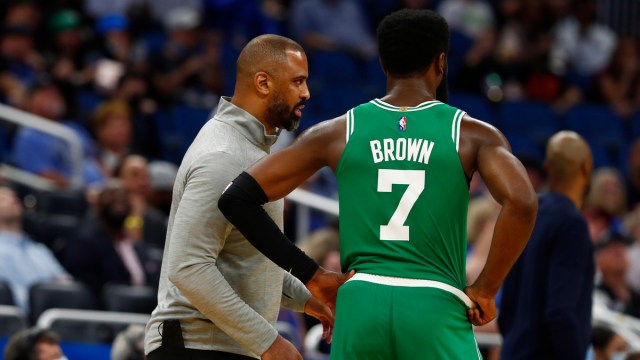