The Boston Bruins used another strong third period to pull out a 5-2 victory Saturday against the Philadelphia Flyers at Wells Fargo Center.

ONE BIG TAKEAWAY
Charlie McAvoy seemed to ignite the Bruins with his second-period scrap against Joel Farabee. McAvoy essentially ragdolled the Flyers left winger at the midway point of the second period, after the Bruins had coughed up their previous two-goal lead in a matter of eight minutes.

From there on, over the next 30 minutes, Boston out-scored Philadelphia 3-0 with contributions up and down the lineup including goals from Derek Forbort, Craig Smith and David Pastrnak. It marked a second straight game where the Bruins received much-appreciated secondary scoring. The Bruins dominated the first (season-high 21 shots on goal) and third periods, but did allow the Flyers to answer quickly in the second before McAvoy connected on three straight right-hand punches on Farabee.

STARS OF THE GAME
— Forbort scored a pair of second-period goals for his first career two-goal game. It gives Forbort four goals on the season, which is his career high despite the fact he’s played just 14 games this season. Forbort also blocked a shot on the defensive end.

— Smith returned to the lineup after being sidelined since Nov. 11 and recorded a pair of points. Smith, who slotted into the third-line, scored his first goal of the season (nine games) and assisted on Forbort’s second tally. Should Smith continue to be productive, he provides Boston’s third line with a high-level goal scorer and allows the second line of Taylor Hall, Charlie Coyle and Nick Foligno to stay in tact.

— Pastrnak finished with a pair of points on one goal and one assist. In addition to what he provided on the stat sheet, the top-line winger also provided plenty of energy on Boston’s power play, especially in the first period.

WAGER WATCH
Bettors who took the Bruins to cover a half-goal spread (+160) following the first period probably were irked as countless scoring chances (season-high 21 first-period shots) went for naught in the opening 20 minutes. Fortunately for those bettors Tomas Nosek found the back of the net on a backhander with less that two minutes remaining in the period. A $100 wager would have made a lucky bettor $160 richer, according to DraftKings Sportsbook.

ON DECK AT NESN
The Bruins will return to TD Garden on Sunday as they host the Calgary Flames in the second night of a back-to-back. Puck drop is scheduled for 7 p.m. ET, and you can watch full coverage on NESN. 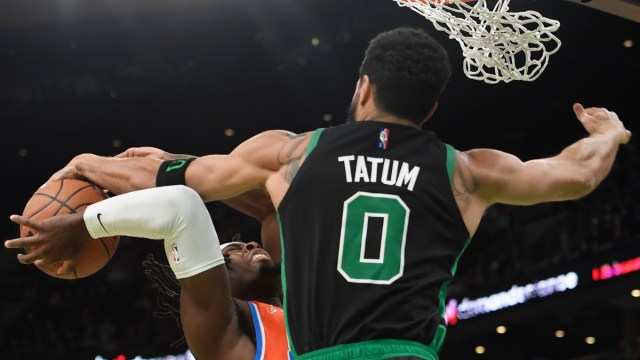 Linus Ullmark Was Huge Asset In Net To Help Bruins Win Vs. Flyers