BOSTON — It was an Original Six matchup that was 641 days in the making, and Sunday’s game between the Bruins and Montreal Canadiens — a 5-2 victory for Boston — did not disappoint those in attendance at TD Garden.

Boston improves to 8-5 on the season with a second win in as many days while Montreal plunges deeper to 4-11-2.

ONE BIG TAKEAWAY
The Bruins came out with a much-improved energy and intensity during the final two periods, and while it didn’t show on the score sheet in the middle frame, it did when it mattered most in the third. The Bruins scored three goals in the first nine minutes of the third period to break the game open. It felt like the dam had finally broke after their flurry of offensive chances in the second period.

It was even better to see the scoring came from others not on the Patrice Bergeron line. Charlie McAvoy tied the game 2-all as he scored Boston’s first power-play goal of the game. The Bruins, prior to McAvoy’s tally, were 0-for-4 on the man-advantage with, again, many chances. Charlie Coyle then took over and scored a pair of goals within a three-minute stretch. His game-winning goal, which came at 5:58 of the third, was a bit of a leaky goal, but the puck bounced Boston’s way after Montreal benefitted from a lucky bounce in the second period. Taylor Hall buried the empty netter for good measure.

All five goals not coming off the stick of Brad Marchand, David Pastrnak and Bergeron. That’s a welcome sign.

STARS OF THE GAME
— McAvoy was monumental in helping Boston claim a second straight win. The Bruins top-pairing defenseman cleaned up a second-period rebound to tie the game 1-all and later tied the game 2-2 on a power-play wrist shot at 2:14 of the third period. McAvoy now has three goals on the season and 12 points in 13 games.

— Coyle came away with his two goals in the third period to put the finishing touches on the win. Coyle first benefitted from a mismanaged puck in Montreal’s end as it deflected off his back and into the back of the net. The second-line center then out-hustled a Canadiens defender for his game-winning goal at 5:58 of the third period.

— Taylor Hall provided one empty-net goal and one assist in the win. He had seven shots and finished plus-two, as well.

WAGER WATCH
McAvoy was +205 to record a power-play point and did so with his goal. If you placed a $100 wager at DraftKings Sportsbook, you would have earned a payout of $305.

ON DECK AT NESN
The Bruins have another break before returning to the ice Saturday against the Philadelphia Flyers with puck drop set for 7 p.m. ET. You can watch it live on NESN with pregame coverage starting at 6 p.m. 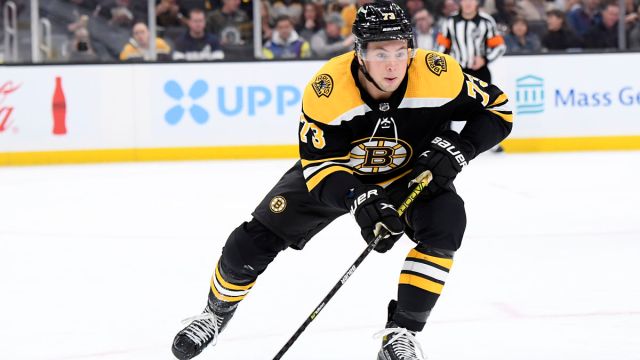 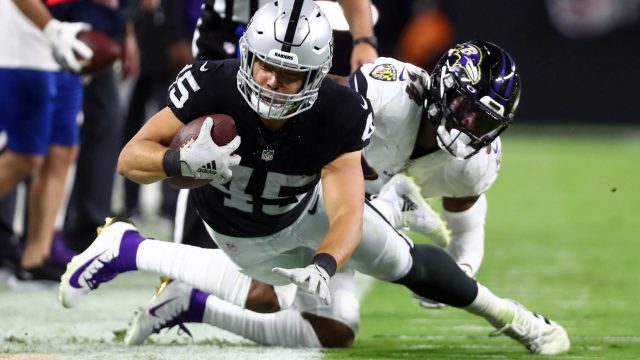 Alec Ingold Won't Return After Being Carted Off Against Chiefs