If you took issue with the referees calling back the Patrice Bergeron empty net goal at the end of Sunday’s Boston Bruins win over the Canucks, your issue actually is with the NHL, not Vancouver.

The Bruins led 3-2 late in the game, and Bergeron and Brad Marchand had a rush in the final seconds going towards the Canucks’ Jaroslav Halak-less net at TD Garden. Marchand set up Bergeron, and the captain buried the game-sealing goal.

However, there was a review on the play, which apparently irked some fans since there were only 8.6 seconds left in the game. The goal ended up getting called back, with Bergeron fairly clearly entering the offensive zone before the puck-carrier.

But as the NHL Situation Room points out, they initiate a review in the final minute of the third period, as well as all of overtime, since coaches can’t challenge during that time frame. In those situations, the Situation Room makes the call to review any goal or play that would ordinarily initiate a coach’s challenge.

That aside, it would have been ludicrous for Canucks head coach Travis Green to not challenge a close call like that if he had the option, seeing as there were still 12 seconds on the clock at the time of the infraction and a called-back goal would keep his team within one.

The Bruins ultimately won the game 3-2, so it ended up being a moot point.

Patriots Takeaways: Seven Things We Learned From Win Over Titans 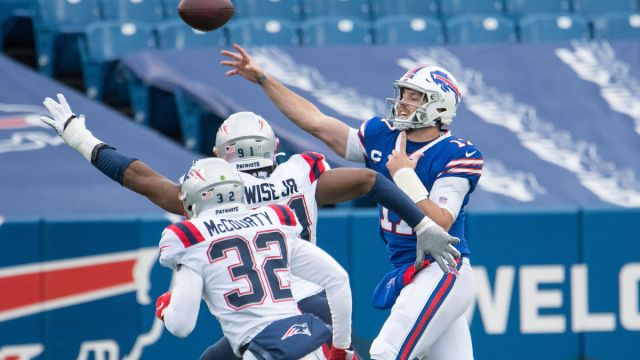