Will the New England Patriots fill another gaping hole on Day 1 of the 2022 NFL Draft?

ESPN’s Jordan Reid suggests they’ll do just that Wednesday in his 2022 NFL Mock Draft. Reid projects New England will use its first-round pick on Utah linebacker Devin Lloyd, who possesses the versatility the Patriots have prized in recent years. Reid identifies cornerback, wide receiver and linebacker as the Patriots’ biggest draft needs and he believes Lloyd will help New England in a number of ways before possibly settling into a more defined role.

“After the trade of Stephon Gilmore, cornerback and linebacker are likely the two biggest holes for New England entering the 2022 offseason,” Reid wrote. “Lloyd is a versatile second-level defender who could provide value in multiple areas, and the Patriots don’t have high-end options after Dont’a Hightower. Lloyd, who has 85 tackles, six sacks and three interceptions this season, could excel in a multiple-front defense that involves interchanging parts, and he’ll pick up pressures as a blitzing pass-rusher as well.”

Reid also projects the Patriots will make their first selection at No. 23 overall. With seven games remaining in the 2021 NFL regular season, New England’s draft position can, and probably will, move from 23rd.

Although the 6-4 Patriots are playing well, their roster still contains areas in need of upgrades? Although plenty of time remains for scouting and other forms of evaluation, it’s never too early to start speculating how New England might bolster itself for the future. 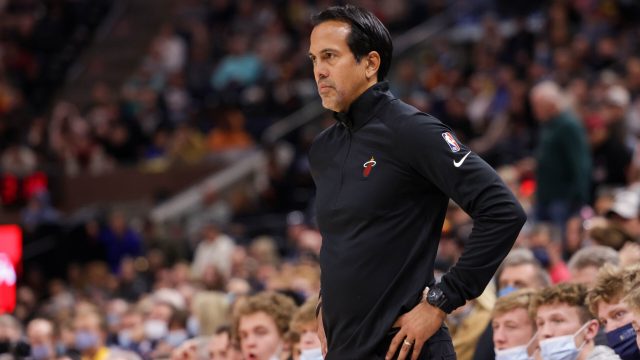 NBA Betting Guide for Wednesday, November 17: Target The Under In Miami with the Pelicans and Heat