What Mac Jones currently is doing for the New England Patriots can be appreciated by even the most casual football fan.

But for those who actually played the quarterback position in the NFL, it’s tough not to be in awe of the rookie signal-caller. Just ask 1988 MVP Boomer Esiason, who on Monday gushed over the Patriots’ first-year QB.

“It’s ridiculous,” Esiason said on “The Greg Hill Show,” as transcribed by WEEI. “My rookie year, I had no idea what I was doing. I really didn’t. When you hear guys like Sam Darnold say that he saw ghosts, I know exactly what he meant when he said that when he was playing against the Patriots. Sometimes as a rookie, you feel like there’s 15 guys on the field, and you can’t believe how fast people are and how things are moving.

“Probably the hardest thing is that every single week, he has to go against another defense. That’s the hardest thing for quarterbacks to get used to, because it’s never the same. ? These kids don’t see those (different defenses) in college. That’s one of the reasons they have such a hard time adjusting early on in their career. I watch ? Daniel Jones is still struggling here as the quarterback of the Giants. Zach Wilson looked awful (Sunday) even though (the Jets) won. There are so many guys all across the landscape of the NFL that have just never really had it register with them what’s going on around them.

“Mac is way ahead of all of those guys. I mean, he’s like in the land of Dan Marino right now when you think about Dan Marino’s rookie year, when he took over. He’s Justin Herbert rarified air, Joe Burrow before he got hurt. These are the numbers he’s putting up, and what’s scary on top of all of that is that his team is not losing. Those guys, with the exception of Marino, had losing teams.”

Not only is Jones a part of a winning team, but the Patriots are looking more and more like a Super Bowl LVI favorite with each passing week. New England can further solidify its contender status Monday night when it visits the division rival Buffalo Bills. 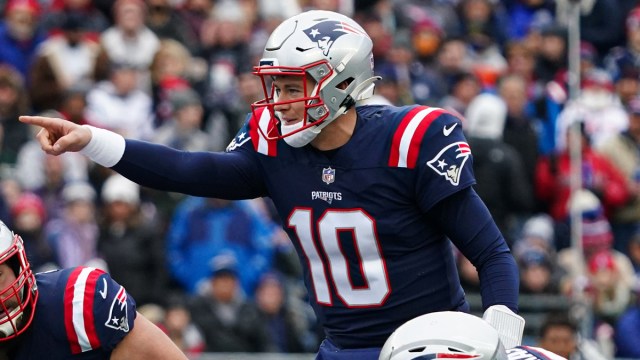 Why Patriots’ Surge Should Change How We View Bucs, Cowboys Losses 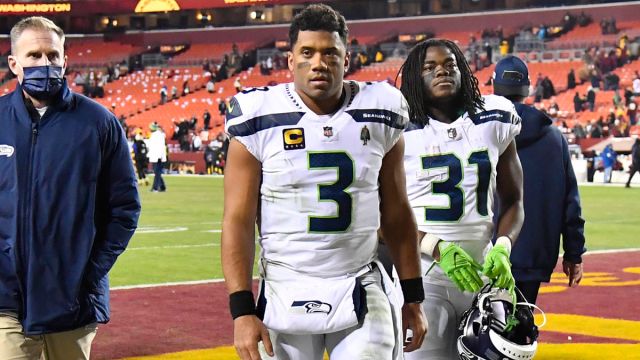