The 2021 season wasn’t just big for the boys in Boston. It was a huge step in the right direction for the Red Sox organization as a whole, as the farm system now features more top-end talent and depth than it had in previous years.

Of course, the Red Sox’s success at the major league level stole headlines, with the club falling just two wins short of reaching the World Series after finishing in last place in the American League East in 2020. But the franchise’s minor league developments could ensure an even brighter future for Boston.

Several prospects look like potential impact players in The Show, thereby giving the Red Sox possible reinforcements down the road and/or assets with which to wheel and deal while trying to build a championship contender for 2022 and beyond. And some of those prospects really boosted their stocks with how they performed in 2021.

So, who elevated their standing the most? Here are seven Red Sox prospects — of varying degrees of prominence; in no particular order — whose long-term outlooks seemingly improved in recent months.

Triston Casas, 1B
Casas, 21, was considered by many to be the Red Sox’s top prospect entering the season, with Jeter Downs the other name mentioned as part of the conversation. But Casas solidified his standing and thrust himself into the national conversation, raking at Double-A Portland, advancing to Triple-A Worcester and even showing out at the Tokyo Olympics while leading Team USA to a silver medal. MLB Pipeline now has Casas — a hulking first baseman with awesome power and a highly advanced offensive approach — as the No. 18 prospect in all of baseball, signaling his major league debut is right around the corner.

Nick Yorke, 2B
The Red Sox went off the board by selecting Yorke with the 17th overall pick in the 2020 MLB Draft, and it already looks like a shrewd move by chief baseball officer Chaim Bloom and Co. The 19-year-old was named the Red Sox’s Minor League Offensive Player of the Year after hitting .325 with 14 home runs, 62 RBIs, a .928 OPS and 13 stolen bases in 97 games split between Single-A Salem and High-A Greenville. He, too, is beginning to garner national recognition, with MLB Pipeline tabbing him as the league’s No. 96 prospect. SoxProspects.com now has Yorke as the No. 3 prospect in Boston’s system, trailing only Casas and 2021 first-round pick Marcelo Mayer.

Blaze Jordan, 3B
Speaking of the 2020 draft, Jordan — Boston’s second of four picks last year — in 2021 justified the hype that came with his selection. Like Yorke, he soared up the SoxProspects.com rankings, now checking in at No. 9 thanks to a strong first impression in which the 18-year-old batted .324 with six home runs, 26 RBIs and a .959 OPS in 28 games split between the Florida Complex League and Single-A Salem. Jordan’s prodigious power was the stuff of legends pre-draft. But his overall hit tool is making noise post-draft.

Miguel Bleis, OF
The Red Sox signed Bleis in January as a 16-year-old outfielder from the Dominican Republic. He was ranked No. 21 on MLB Pipeline’s list of the top 30 international prospects available during the signing period, with scouts pointing to his compact swing and bat speed — resulting in good gap power — as well as his speed and plus-arm potential in the outfield. It’ll obviously be several years before Bleis sniffs the majors, but he skyrocketed up the SoxProspects.com rankings to his current spot at No. 15, with one scout even saying in September that he’s “the real deal.”

Brayan Bello, RHP
The Red Sox have struggled to develop starting pitching in recent years, but Bello is looking to buck the trend. He’s now Boston’s top-ranked pitching prospect and No. 6 prospect overall, according to SoxProspects.com, after a 2021 season in which was named the Red Sox’s Minor League Starting Pitcher of the Year. The 22-year-old right-hander, equipped with a Pedro Martinez-esque changeup, went 7-3 with a 3.87 ERA, a 1.28 WHIP and 12.5 strikeouts per nine innings in 21 starts (95 1/3 innings) between High-A Greenville and Double-A Portland. Baseball America even identified Bello as one of the 10 MLB prospects who raised their stock the most in 2021.

Brandon Walter, LHP
Walter, a 26th round pick in 2019, really came out of nowhere, going from unranked to the Red Sox’s No. 17 prospect, per SoxProspects.com. In fact, the lefty, who turned 25 in September, was named SoxProspects.com’s Pitcher of the Year for 2021. Which isn’t to say he’ll blossom into an ace. But Walter definitely deserves more of a look after posting a 2.92 ERA, a 0.97 WHIP and 13.3 strikeouts per nine innings in 25 appearances (89 1/3 innings) between Single-A Salem and High-A Greenville.

Josh Winckowski, RHP
Winckowski, drafted in the 15th round by the Toronto Blue Jays in 2016, changed organizations twice in one month last offseason, first landing with the New York Mets in a trade involving Steven Matz and then making his way to the Red Sox in Boston’s three-team deal centered around Andrew Benintendi. It did little to disrupt the righty, who went from No. 27 to No. 14 in SoxProspects.com’s rankings. The 23-year-old might enter the major league conversation soon enough after earning a promotion to Triple-A Worcester and then pitching in the Arizona Fall League. 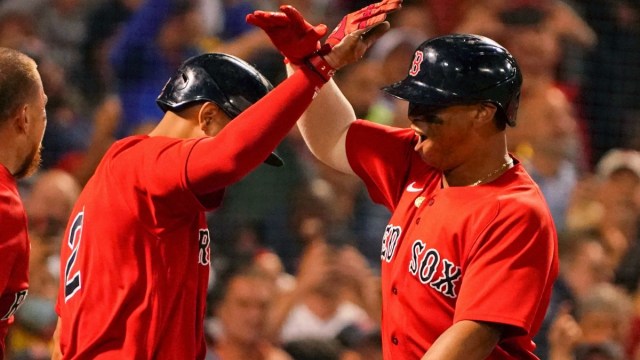 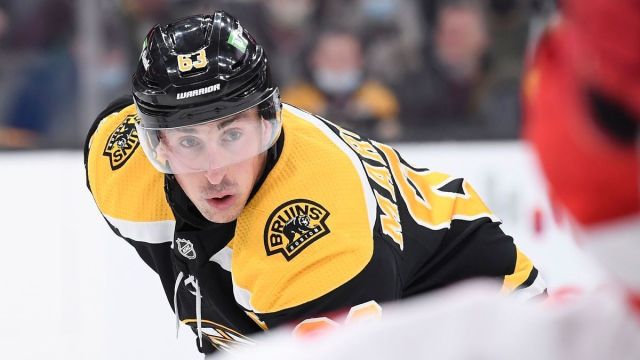